Bids for two new Oxford roads to be opened Monday 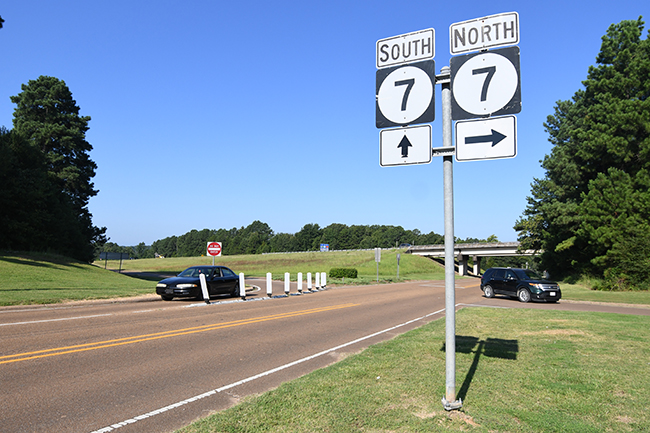 The construction of two new roads to help alleviate traffic and create more connectivity between major roads is coming closer with the opening of bids from construction companies slated for Monday.

Oxford Public Works Director Bart Robinson said bids will be opened for West Oxford Loop at 1 p.m. on Monday and bids for the Sisk Avenue extension will be opened at 3 p.m.

“It will be two separate bids and projects,” he said Wednesday.

The city of Oxford and Lafayette County leaders are working together to build the two new roads, which are expected to cost about $14 million.

An environmental study was completed on West Oxford Loop extension and the Lafayette County Board of Supervisors and the Oxford Board of Aldermen both approved earlier this week to send the study to the Mississippi Department of Transportation for its review.

The city raised the ad valorem tax by 3 mills over the last three years — 1 mill per year — to help cover the cost of the bond payment for the roads. The supervisors are using interest earned from its $20 million investment from the sale of Baptist Memorial Hospital-North Mississippi in 2012.

Another quiet partner has also been named in helping to find funding for the roads — the University of Mississippi. While the university has not given actual dollars toward the construction of the roads, the university worked with the Mississippi Legislature that voted to give $3 million toward the construction of West Oxford Loop, which is why that road required an environmental study.

West Oxford Loop will be extended to connect with Old Sardis Road near FNC Park. When FNC Park was built, traffic heading to the park doubled as Oxford’s population also increased by 26 percent since 2005. Officials hope the new road will relieve some congestion on West Jackson Avenue.

Sisk Avenue will be extended east to connect with Highway 6. With the quickly growing Oxford Commons development, the road will allow for another way to access the residential and commercial development as well as Oxford High School and Della Davidson Elementary.

The environmental study also included Phase 2 of West Oxford Loop extended which would continue West Oxford Loop from College Hill Road to the current Industrial Park Road; however, no funding has been secured for Phase 2 at this time.

“It is my understanding the study remains valid for 10 years or 10 years from the date of the last work on the project,” Robinson said. “Therefore, we will have a head start if any outside funding becomes available.”

On Monday, Lafayette County Engineer Larry Britt said a public hearing will be required once MDOT reviews and approves the environmental study.