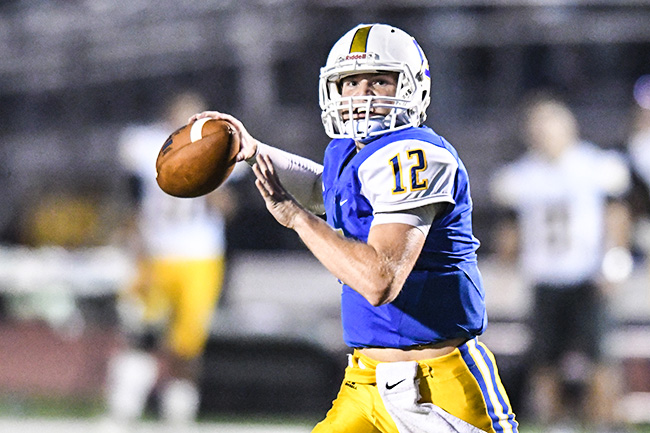 All the talk is finally over.

Oxford enters the realm of Class 6A this week.

Yes, the Chargers have played 6A teams for years as part of their non-region schedule, but this week is the first time Oxford plays a game that has playoff implications in the highest classification in the state.

“We talked about that early in the week that this is our only time we can play our first district game in 6A,” Oxford head coach Chris Cutcliffe said. “This is our only opportunity at that. We’ve played a lot of 6A teams over the years but this is when it really counts. Everybody is 0-0.”

The Chargers played each other last year in both team’s season opener with Oxford coming away with a 26-20 road win.

Southaven (1-3) comes into the week looking to bounce back from a 27-21 loss to Germantown High School out of Tennessee. The Chargers lone win was a 17-0 score over Holmes County Central on Sept. 8.

“I think (Southaven) has really, really good team speed on both sides of the ball,” Cutcliffe said. “That’s what stands out to me probably at first when you watch them play. They’re not the biggest team that we’ll play but they certainly are one of the fastest teams.”

It is a different story for Oxford (4-1) who is riding a wave of momentum off a three-game winning streak. The Chargers defeated then-undefeated Pontotoc 17-0 last week.

It was supposed to be an off week for Oxford, but with only four home games on their schedule, Cutcliffe opted to get one more game under their belt before this week.

“I think Pontotoc is a really good football and I think it was definitely to our benefit to play the game,” Cutcliffe said. “And to have that great week of practice leading up to a game as opposed to kind of sitting around and waiting.”

Cleaning things up
Even with the win, Cutcliffe was not completely pleased with this team’s play, particularly when it came to penalties. Oxford was hit with eight penalties for 85 yards last week.
They came from all three phases of the game, but according to Cutcliffe, they were more mental than technique mistakes.

“We had stretch of penalties and that’s something we’ve got to correct,” Cutcliffe said. “It’s certainly something we’ve addressed and I expect us to do a better job of. It was kind of metal things where it was hitting somebody after a play. Stuff like that where it’s not necessary.”

Injury update
Oxford could still be without one of their weapons on Friday night. Receiver Jaquan Webb is still dealing with a leg injury that has kept him out of the past two games.
Cutcliffe said it was a day-to-day injury and is unsure of Webb’s availability against Southaven.