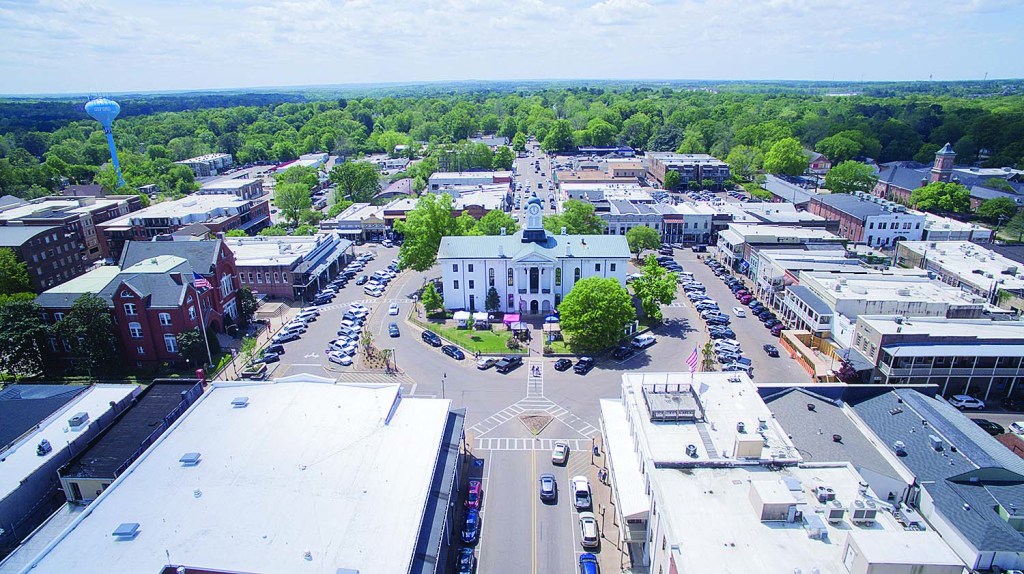 In an effort to keep residential neighborhoods bordering the downtown Square, the Oxford Historic Preservation Commission is asking city leaders to limit uses of commercial businesses adjacent to homes.

On Monday, HPC chair Sarah Frances Hardy asked her fellow commissioners to support her recommendation to the Oxford Board of Aldermen to limit uses in commercially-zoned areas around the downtown Square that are next to, or across from homes within the historic preservation district.

The HPC is requesting that businesses such as bars, late-night restaurants or event venues be restricted on commercial lots located adjacent to downtown homes.

“So we can have a little bit of a buffer between the bars and where people are living,” Hardy said. “There is the potential for the night culture of the Square to spread into our historic neighborhoods.”

The HPC has no zoning authority; however, it is charged with making recommendations to the Board of Aldermen as well as reviewing renovation plans for homes located within the historic district and granting Certificates of Appropriateness for those plans.

“If this is approved, there will be no change in zoning,” Hardy said. “It’s just a restriction on commercial uses.”

In the city’s Vision 2037 Comprehensive Plan, historic neighborhoods are cited as one of the most important parts of this city.

“Perhaps only second to the iconic square and university campus, Oxford’s historic neighborhoods are a character-defining asset of the community,” the Vision 2037 states.

Hardy said she will present the proposal to the Courthouse Square Preservation Commission and the Oxford Planning Commission during their October meetings and then present it to the Oxford Board of Aldermen for their consideration and possible vote in November.

“There are properties zoned commercial that if they became a bar or late-night restaurant, the whole street would be changed,” she said. “We’re charged with protecting the historic residential district.”