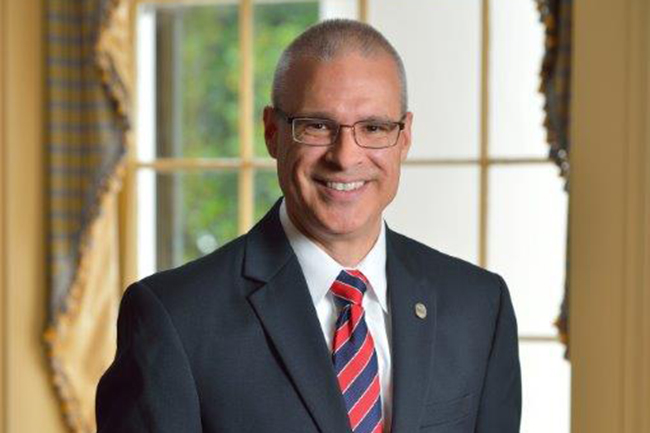 OXFORD, Miss. – Noel E. Wilkin has been named provost and executive vice chancellor at the University of Mississippi.

The appointment was announced Friday, September 22, 2017 by Chancellor Jeffrey S. Vitter after the university concluded a national search.

“I am so pleased that today’s announcement of Dr. Noel Wilkin as the new provost and executive vice chancellor for academic affairs will continue the University of Mississippi’s outstanding history of strong and effective leadership from the Office of the Provost,” Vitter said. “In his 20-plus years with Ole Miss, Noel has built a tremendous track record of success, excellence, collaboration and fostering energetic and innovative approaches.

“Under Noel’s leadership as provost, the university will see our momentum and academic excellence soar to new heights.”

Wilkin was named interim provost in January 2017 after Morris H. Stocks, provost and executive vice chancellor since 2009, announced he was returning to the faculty of the Patterson School of Accountancy. The provost serves as the university’s chief academic officer.

A pharmacist, scientist, faculty member and administrator, Wilkin earned both his Bachelor of Science in Pharmacy and his Doctor of Philosophy degrees at the University of Maryland at Baltimore.

He joined the Ole Miss pharmacy faculty on Sept. 19, 1996, almost 21 years to the day that he was named provost.

“I am thrilled and humbled to have the opportunity to serve the university in this important role,” Wilkin said. “This is an amazing university, with well-qualified students and outstanding faculty and staff.

“It is the creativity, commitment and dedication of our people that enables us to make a positive difference in the lives of our students and society, and I am honored to have the opportunity to work with them to do this important work.”

As a faculty member, Wilkin was awarded more than $4 million in sponsored research support; made nearly 100 peer-reviewed and invited presentations; published close to 60 peer-reviewed manuscripts, technical reports, professional development articles and book chapters; and was the editor of a text on pharmacy teaching.

He has served his discipline in national roles as editor of the Journal of Pharmacy Teaching, as a member of a national advisory panel to outline educational outcomes for pharmacy education, as co-chair of a National Institutes of Health review panel, and was inducted as a fellow of the American Pharmacists Association.

Wilkin has served as a chair and center director, has received awards for his service contributions to the School of Pharmacy and the university, and has received the school’s Pharmaceutical Science Teaching Award three times. He has had extensive involvement in university operations and almost 10 years of service in the Office of the Provost.

Wilkin also serves as professor of pharmacy administration and research professor in the Research Institute of Pharmaceutical Sciences at UM.