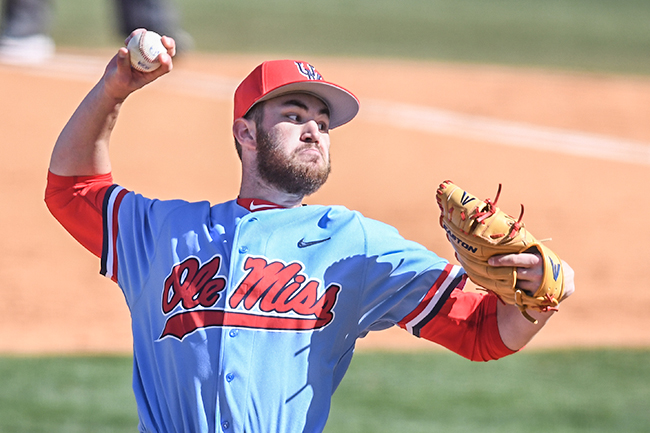 One week into fall practice and Ole Miss’ baseball team is without a key piece to their pitching staff.

The right-hander pitched in the Rebels first intra-squad scrimmage last Sunday and was expected to be vital to the Rebels this spring.

Pagnozzi made 13 appearances during his sophomore season, a drop from 22 his freshman campaign, and did not start a game. The Fayetteville, Arkansas native gave up 14 hits, 11 runs — six earned— and 16 strikeouts in 16 1/3 innings of work.

During his freshman season Pagnozzi was issued a DUI. The punishment was handled by the team and he pitched the following weekend.