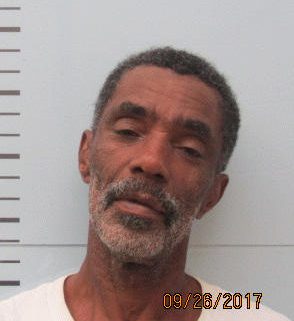 The Oxford Police Department arrested a 60-year-old man early Tuesday morning for allegedly robbing and kidnapping the elderly owner of the home he was burglarizing.

According to reports, Ale Burt of Oxford broke into a home on Elm Street early Tuesday morning where he kidnapped the elderly homeowner, forcing the victim into their car. Burt then drove the victim’s car to a business on West Jackson Avenue, forcing the victim to cash checks and hand over the money.

While inside the business, the victim was able to tell someone they were being held against their will and the business contacted OPD. Officers responded to Jackson Avenue where they spotted the victim’s vehicle.

Burt fled the scene with the victim’s car and OPD followed until Burt stopped the vehicle and fled the area on foot.

Officers apprehended Burt at about 2 a.m. Tuesday without incident.

The victim is OK, according to OPD, and was in the store when the pursuit began and no longer in the vehicle.

After Burt was arrested, officers searched the vehicle where they found burglary tools and the victim’s money in the car.

Burt was charged with burglary, kidnapping, robbery, motor vehicle theft, felony fleeing and possession of burglary tools and booked into the Lafayette County Detention Center on a $200,000 bond.