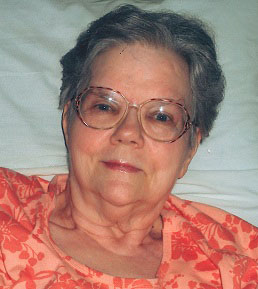 Ms. West was a 1962 graduate of Thomasville High School. She was a homemaker for many years but later in her life she became a long distance truck driver, delivering new trucks. Ms. West was a life member of the National Rifle Association and was a former member of the Piedmont Handgunners Association and was the former No. 1 female in North Carolina in target shooting. She was an avid blood donor, donating numerous gallons over the years. Ms. West enjoyed treasure hunting at flea markets, especially for her salt and pepper shaker collection and was a talented artist who enjoyed drawing; much of her work she donated to charity. She was also a trivia buff and the family historian.

In addition to her parents, she was preceded in death by her brothers, William Herman Smith and Carl Edward Smith.

Powles Staton Funeral Home of Rockwell, honored provider of Veterans Funeral Care, is assisting the West family. Online condolences may be made at www.powlesfuneralhome.com.