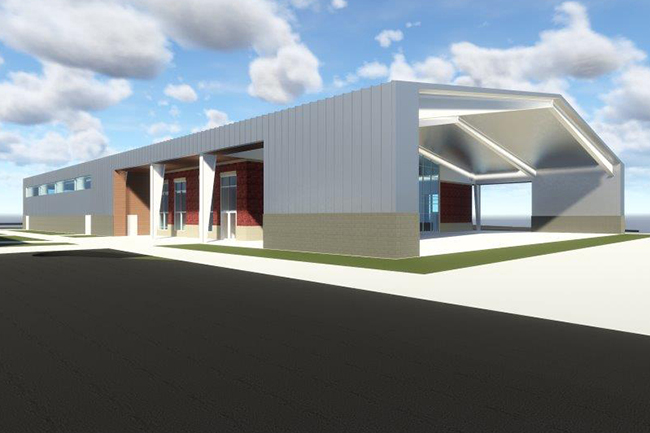 When the Oxford Park Commission first started putting plans in motion to build a new activity center next to the current facility, the estimated cost was about $8.5 million.

The city planned to provide $7.5 million and Lafayette County Board of Supervisors pledged $1 million toward the project.

A few months later, an environmental study revealed there was more trash than expected under the site for the new structure than anticipated, which added another $2 million to the cost of construction.

“The city upped the budget to $10.5 million, which included the contribution from the county,” said City Engineer Bart Robinson Tuesday during a recessed Board of Aldermen meeting.

The preliminary designs for the activity center had a basic design with an Alternate A that includes a walking track, and Alternative B which includes closing in an area for a new gymnastics area. Both alternatives are estimated to cost about $600,000 each.

To be able to build the center with both alternatives, Robinson said is expected to cost close to $13 million.

“We need to consider having another bond issued,” he said.

Robinson suggested issuing an intent resolution for a $4 million bond.

“Whatever we may have left over, we can put toward the design of a new police department,” he said.

Aldermen Janice Antonow said the project won’t get any cheaper as time goes by.

“If we wait, interest rates aren’t getting lower and the cost of construction isn’t going down,” she said. “We’re in good financial shape so I think we should go for it.”

Robinson said it’s cheaper to construct the alternatives at the same time as the main building than trying to come back down the road to add the walking track or gymnasium.

Once the intent resolution is made, the city will have two years to move forward with the bond.

“We’ve gotten enough feedback to know this is what the public wants,” she said.

Earlier in the meeting, the board voted to pay off two existing bonds that had a total of $250,851 left to pay, freeing up some bonding capacity for the city and saving about $500 in interest.

The Board of Aldermen will vote on whether to move forward with issuing a letter of intent for a $4 million bond during their Oct. 3 board meeting at 5 p.m. at City Hall.

Confederate statues in Oxford, Mississippi—Monuments to the dead or…