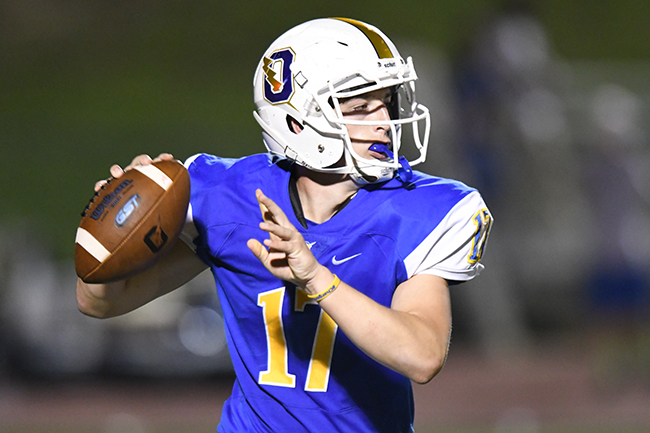 One storied program. Another striving to become one.

Both are striving to rebound from tough losses a week ago.

Oxford travels to 6A stalwart South Panola on Friday (7 p.m., 95.5 FM) to renew another Highway 6 rivalry that has been in slumber for over two decades.

“From us there has been a lot of excitement,” Oxford head coach Chris Cutcliffe said. “These two teams finally playing each other and both of us are 0-1 in the region right now. So, both are in the same boat. We really need to get a win this week to get back on the right track.”

For the Chargers, Friday is another chance to clean up their sloppy play from last week. Oxford was hit for 85 yards in penalties and had an interception for a touchdown called as well as a long punt return to the two-yard line called back against Southaven. Oxford also turned the ball over six times, four more than they had all season up to last Friday’s game.

“You don’t give yourself much of a chance when you do that,” Cutcliffe said of the turnovers. “That’s something that needs to be corrected. Too many big penalties. Penalties that took away big plays. Those types of penalties are game changing penalties. I think we’ve had a good week of practice so far and made progress on that.”

Another issue that will need to be corrected is Oxford’s ground game.

The Chargers racked up 33 yards on the ground against Southaven. Sophomore quarterback John Mark Meagher was Oxford’s top rusher with 22 yards on 14 carries. Leading rusher Hiram Wadlington was out due to an injury he sustained against Pontotoc two weeks ago. Wadlington has 544 yards and five touchdowns on 73 carries.

Cutcliffe noted Wadlington is day-to-day leading up to Friday night.

South Panola is led by senior quarterback Patrick Shegog who is having his best season with the Tigers. Shegog has thrown for 979 yards and 11 touchdowns in five games. He missed South Panola’s loss to Brandon on Aug. 25 due to an illness.

The run game is also in good hands with Shegog and junior Quin Bradford. Bradford leads the team with 397 yards and two touchdowns on 90 carries while Shegog has 356 yards and three touchdowns on 69 carries. Shegog has had two 100-yard games on the ground.

“It starts with Patrick Shegog,” Cutcliffe said. “He’s a fantastic player. He can do it all. Hurt you with his arm or his legs. He has a bunch of good weapons to get the ball to, offensively. Defensively, I think they have great team speed. …they’re a complete team and going to force you to play really well.”

Lafayette travels to Saltillo still searching for their first…