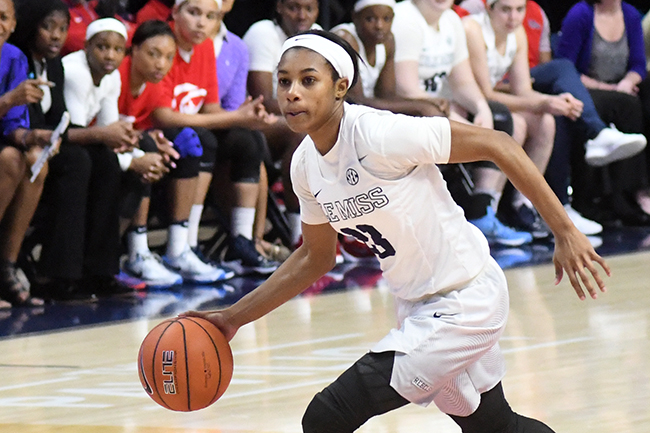 The Rebels’ matchup with Middle Tennessee at The Pavilion on Nov. 29 will be televised on SEC Network at 7 p.m. CT, while all other non-league home games will be broadcast on SEC Network +. The annual bout with the Blue Raiders is a battle of Insells with Ole Miss head coach Matt Insell facing his Hall of Fame father Rick.

The Rebels host Mississippi College in an exhibition game on Nov. 2 at 6 p.m. before the season opener against Northwestern State on Nov. 10 at 5 p.m. as part of a doubleheader with the men’s team in The Pavilion at Ole Miss. The two Rebel hoops squads play another doubleheader on Nov. 13 with the women playing at 7:30 p.m.

Ole Miss visits Chicago for a tournament at DePaul on Nov. 17-18 before returning home for Troy on Nov. 21 at 2 p.m. Following a matchup at Temple on Nov. 25, the MTSU game opens a four-game homestand for the Rebels that includes Arkansas State on Dec. 2, South Alabama on Dec. 9 at 1 p.m. and Southern Miss on Dec. 12 at 11 a.m.

The Rebels travel to the Pacific Northwest for road games against Oregon on Dec. 17 and Portland State on Dec. 19 prior to Ole Miss’ final tune-up for SEC play against Texas Southern on Dec. 28 at 2 p.m. at The Pavilion at Ole Miss.

The Rebels officially begin year five of the Insell era Sunday with their first preseason practice at the Tuohy Center.

City to flush hydrants over next several months