The Oxford Film Festival will be showing Walking Out by Alex & Andrew Smith October 9th at Malco Oxford Commons, 206 Commonwealth Blvd, at 7 p.m. with producer Brunson Green in attendance for a Q&A. Tickets may be purchased for $7 online at oxfordfilmfest.com or at the door for $12.

Based on award-winning American short story, Walking Out tells a crisis story between father and son (starring Matt Bomer and Josh Wiggins) as they embark on a hunting trip and unexpectedly encounter a pack of grizzly bears. This thrilling film will be played at Malco Oxford Commons on October 9th at 7 p.m. Be sure to stay after for an opportunity to interact with our special guest and producer, Brunson Green, as he holds an open Q&A.

“Co-writers, co-directors and brothers Alex and Andrew J. Smith who outdo The Revenant for sincerity, depth and gorgeousness mount their tale with enough confidence to cut away from the action. Flashbacks to Cal’s own stern father (a red-hatted Bill Pullman) situate the film on a battleground between impulsiveness and maturity,” said Joshua Rothkopf, writer for Timeout.com.

“Between the excellent film and Q&A with the producer Brunson Green, I am sure this will be one of our can’t miss screenings,” said Melanie Addington, executive director of the Oxford Film Festival. “With our goal of fostering a presence of arts in the Oxford community, Malco Oxford Commons has and continues to play a pivotal role in this endeavor. We also appreciate the support of IFC Films for donating half the ticket sales to the festival.”

IFC Films acquired Walking Out after its Sundance premiere and will be releasing the film theatrically nationwide and on VOD in early October. The film also features Bill Pullman as the grandfather, along with Alex Neustaedter and Lily Gladstone.

The Oxford Film Festival was founded in 2003 to bring exciting, new and unusual films (and the people who create them) to North Mississippi.

Tickets can be purchased at www.oxfordfilmfest.com or at the door on Oct. 9.

For information from the Oxford Film Festival, contact Melanie Addington – 662-801-6007 or email melanieaddington@oxfordfilmfest.com. 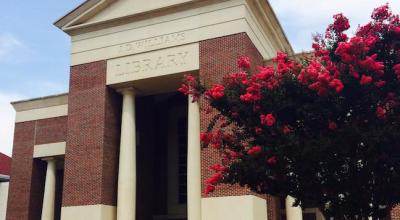