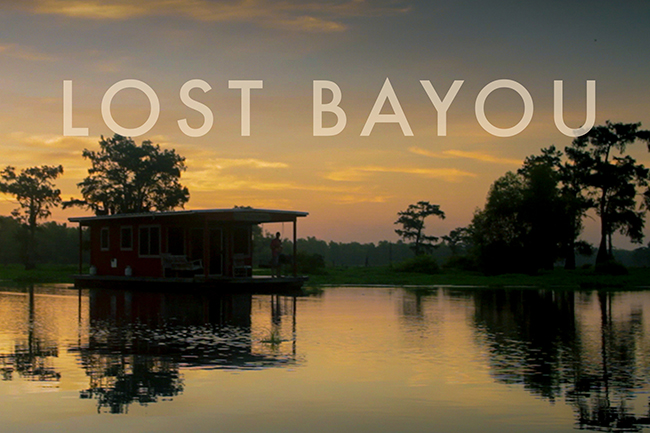 NEW ORLEANS – The production “Lost Bayou” vies for a coveted spot in the Hometown Heroes Rally, a national competition presented by Mark and Jay Duplass through seedandspark.com. The competition champions the next generation of filmmakers making movies with their local community and resources. Lost Bayou, set in the Atchafalaya Basin of Louisiana, boasts a team from Louisiana. Breaux Bridge’s Brian Richard will direct, Broussard’s Hunter Burke & Lafayette’s Nick Lavin penned the script, Arnaudville’s Teri Wyble will star, and New Iberia’s Natalie Kingston will shoot. These South Louisiana natives have teamed up with Mississippi native and Ole Miss alum, Alicia Davis Johnson, to produce.

Lost Bayou is a story that is inspired by the people and folklore of Acadiana. It is a southern tale of faith, hope, and healing. “We’re so excited to share a piece of our Cajun culture with the world,” says Kingston, “it’s a side that maybe most of the world hasn’t seen before.”

The top ten projects that reach the green light and have the most followers on the crowdfunding website, Seed & Spark, by October 13, 2017 will qualify for the finals and get to pitch The Duplass Brothers their project.

Of those ten finalists, up to five will win the Grand Prize: a matching grant, and Mark and Jay Duplass boarding the project as Executive Producers. Both offers are incredible opportunities for Indie filmmakers and have the filmmaking community buzzing with excitement.

Since Hometown Heroes launched on September 13th, Lost Bayou has maintained its position in the top ten. With almost two weeks left and over seventy projects competing, there’s a lot of competition left for the NOLA-grown film.

“This is a story that needs and deserves to be told,” says Richard, “this film can cement another chapter in preserving our Cajun heritage through cinema.

“South Louisiana is an area that we are passionate about telling stories from,” says Burke, and “we need your help and support to bring this Louisiana folktale to life.”

“We will be shooting in and using south Louisiana resources so any money we raise will essentially be pumped right back into the community,” Johnson says.

To follow and/or pledge a contribution to Lost Bayou’s Seed & Spark campaign, go to FollowLostBayou.com.