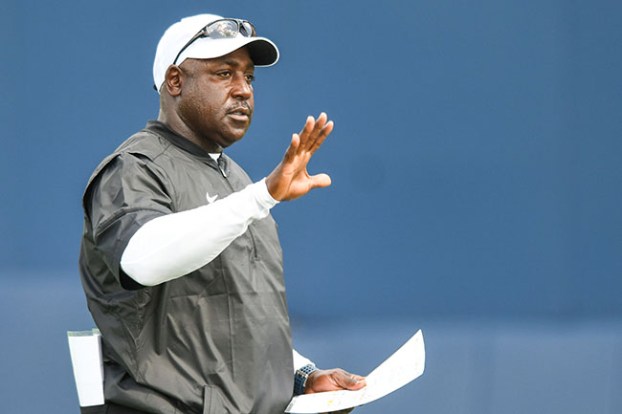 This time last season, Wesley McGriff was working for the other side.

McGriff spent a season on Auburn’s staff before returning to Ole Miss in December as the Rebels’ defensive coordinator. McGriff’s brief past will meet the present Saturday when the Rebels head to No. 12 Auburn (11 a.m., SEC Network) with Ole Miss trying to get as much out of the Tigers’ former assistant as possible in its preparation.

That includes the Tigers’ backfield duo of Kerryon Johnson and Kamryn Pettway, who racked up a career-high 236 yards against Ole Miss (2-2, 0-1 Southeastern Conference) last season in Auburn’s 40-29 win but has been slowed this season by an ankle injury, but most of McGriff’s familiarity with the Tigers is on the defensive side of the ball. McGriff served as Auburn’s secondary coach but has stressed to Ole Miss’ offensive coaches the playmaking ability of the Tigers’ front seven, specifically along a defensive line that’s been as dominant as any in the Southeastern Conference.

Auburn (4-1, 2-0) is in the top 10 nationally in scoring defense, total defense and passing defense while the Tigers have racked up 14 sacks in their first five games. Jeff Holland leads the way with 3.5 sacks off the edge.

“When you’ve got a d-line like that, you don’t have to cover very long,” Ole Miss interim coach Matt Luke said. “It obviously helps their cover guys, but their d-line is very, very impressive (against the) run and pass.”

Luke said the biggest help McGriff’s previous stop is providing is from a schematic standpoint. Ole Miss defensive end Marquis Haynes gives the offense a similar look to Holland, a hybrid linebacker-defensive end, while the Tigers are comfortable playing with five defensive backs similar to the Rebels’ 4-2-5 defense.

“Just having a similar scheme helps you in the good-on-good work because you’re getting what you’re going to see in the game,” Luke said.

Familiar or not, McGriff said there will be less game planning than usual for the defense this week. After giving up 613 yards in a 66-3 loss to Alabama, the Rebels are scaling back.

“We’re going to reduce the package and let them line up and play,” McGriff said. “We’ll give them each player’s personality on Auburn’s offense, and it’s going to be up to us to go out and win some one-on-one battles in this football game and not let scheme override everything.”

Luke said center Sean Rawlings (ankle) dressed out Wednesday but not did take part in the contact portion of practice. Kicker Gary Wunderlich (hamstring) and defensive end Qaadir Sheppard (ankle) were also held out of practice.

Rawlings is still likely to play Saturday, Luke said, while Wunderlich will be a game-time decision. Luke said Sheppard is questionable.

‘Nothing can break us’: Ole Miss vows to respond in face of 63-point loss

Responding to a loss is one thing. Bouncing back from a nine-touchdown beatdown is another. That’s what Ole Miss is... read more