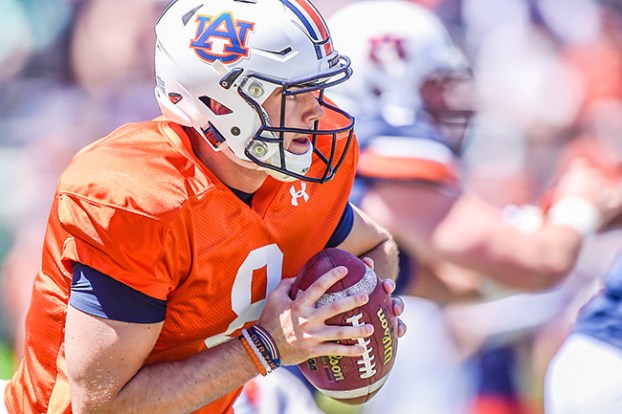 It’s been difficult for Ole Miss to escape the negativity that comes with a nine-touchdown loss, but there’s plenty of season left.

This week gives the Rebels their first chance to move on.

“We’re going to come out swinging. We’ve got eight games,” cornerback Myles Hartsfield said. “We can’t go by the last one we had. We’ve got to keep moving forward.”

Ole Miss’ 66-3 loss at Alabama is still fresh, but the Rebels (2-2, 0-1 Southeastern Conference) have another stiff road test awaiting Saturday against No. 12 Auburn (11 a.m., SEC Network). Simplification has been the theme throughout the week for Ole Miss with coaches hoping to get players reacting faster within the schemes.

After falling in a 28-0 hole in a little more than a quarter against the Crimson Tide, the Rebels hope a faster start against Auburn (4-1, 2-0) comes along with that.

“It’s big,” interim coach Matt Luke said. “And here’s the good thing: College football is so week to week and our guys know that. Anybody can beat anybody on any given Saturday in this league. You’ve got to go out there and you’ve got to play your game.”

Doing that will be easier said than done against an Auburn team that’s proven to be just as stingy this season.

The Tigers rank in the top 10 nationally in scoring defense, total defense and passing defense while they’re also yielding less than 3 yards a carry. Auburn’s size and speed is similar to what the Rebels saw last week against Alabama, but Luke said the Tigers are more aggressive in their attack, particularly along the defensive front.

“Alabama is more holding their gap, and Auburn is more attacking, getting upfield and creating some problems in the backfield,” Luke said.

It will be the latest test for an Ole Miss offensive line that’s given up 10 combined sacks in the last two games. Auburn, the only team in the SEC that’s yet to allow more than two touchdowns in a game, has recorded 14 sacks with hybrid linebacker Jeff Holland accounting for a team-best 3.5 of those off the edge.

Offensive coordinator Phil Longo credited some of the sacks allowed against Alabama to the Crimson Tide blitzing a linebacker or safety to outnumber the offensive line, particularly in empty sets, but there are also physical and mental mistakes on the Rebels’ part that need to be cleaned up. Longo said scaling back the number of protections could help.

“I’m not happy with our base foundation offense and execution,” Longo said. “We had some very simple breakdowns in protection. The good news is we can improve that without being all overly intricate.”

Ole Miss will see an Auburn offense that’s caught its stride of late. The Tigers’ play-action offense under Gus Malzahn is at its usual place near the top of the SEC in rushing, producing more than 208 yards a game with Kerryon Johnson (team-high 300 yards) and Kam Martin (9.1 yards per carry) logging most of the carries with Kamryn Pettway battling an ankle injury.

Quarterback Jarrett Stidham has taken advantage of defenses’ attentiveness to the run game recently. The Baylor transfer is completing 72 percent of his passes with 846 of his 1,110 passing yards coming in the last three games — wins the Tigers have notched by an average of 30 points.

Stopping the Tigers will start with slowing down what they do best, something Ole Miss has struggled with all season. Ole Miss is 116th nationally against the run after giving up 365 yards on the ground last week.

“It starts with their run game,” Luke said. “I think that’s why their passing game is that way is because everybody sells out to stop their run.”

This time last season, Wesley McGriff was working for the other side. McGriff spent a season on Auburn’s staff before... read more