What is a Landshark? 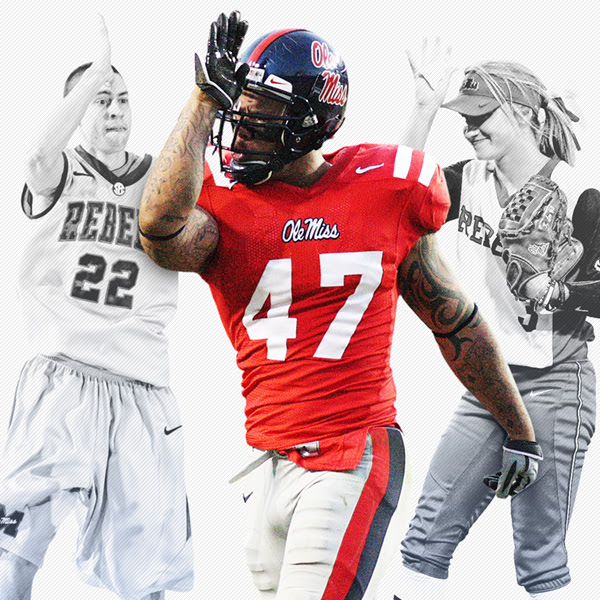 Ole Miss is adopting Landshark as its official mascot, retiring Rebel the Bear.

That’s prompting many people to ask: What is a landshark?

Ole Miss (the University of Mississippi), will continue to be the “Rebels.” The Landshark will be its mascot – think Alabama Crimson Tide has an elephant as a mascot; Auburn Tigers have an Eagle.

Still, people know what an elephant is and what an eagle is. But what’s a landshark?

At Ole Miss, it began as gesture on the field during a game in 2008. It was a “fins up” gesture made by a Rebel player. See here an explanation by the Ole Miss Athletics Department:

“After four straight losing seasons, the Rebel football team returned to national prominence with a 9-4 record and a victory over 7th-ranked Texas Tech in the Cotton Bowl. Leading the charge was a defensive squad that ranked fourth in the nation in rushing defense and included All-Americans Peria Jerry and Greg Hardy and eventual All-SEC standout Jerrell Powe.

“The term “Landshark” originated that season from senior linebacker Tony Fein, an Army veteran who served a one-year tour in the Iraq War before arriving in Oxford. A two-year letterman after transferring from Scottsdale (Ariz.) Community College, Fein was the 2008 recipient of the Pat Tillman Award by the Military Order of the Purple Heart. Fein passed away in October 2009, but his legacy at Ole Miss continues through the ‘Landshark.’”

The university’s athletics department said the term originally came about as a means to support the football team’s defensive unit. Now, fans do the same move, putting fins up. The result is that Ole Miss will get a Landshark as a mascot.

“At Ole Miss, ‘Landshark’ is a term adopted by the Rebel football team’s defensive unit. As part of that identity, defensive players will celebrate big plays by putting a hand to their forehead in the shape of a shark fin. A battle cry of “fins up” also contributes to the players’ persona. With the popularity of both the players and the “Landshark” celebration, Ole Miss fans and student-athletes from other sports have also performed the hand gesture as a tribute to the Rebels on the football team.”

Ole Miss owns trademarks to “Landshark” and “Fins Up.”

The famous singer Jimmy Buffett has to this moment given the Landshark its highest notoriety. Buffett sang about “fins to the left, fins to the right” in a popular song. He owns multiple Landshark trademarks relating to bars and beverages.

The Landshark was also a popular character on Saturday Night Live beginning in 1975, appearing after the blockbuster movie “Jaws.” The Landshark appeared in multiple episodes during SNL’s first season.

There’s one other school, small Landmark College, that uses the Landshark as a mascot. Landmark does not have a football program.