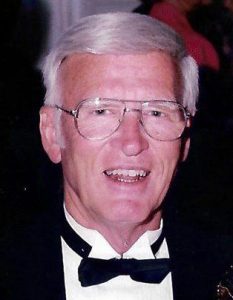 Merrill grew up in Taylor, Miss. before joining the Army Air Corps. After leaving the service, he moved to Memphis, Tenn. where he joined the US Postal Service.

Merrill was a veteran of WWII serving in the Army Air Corps and served on the Kwajalein Atoll part of the Marshall Islands where the US military tested Atom Bombs. He retired from the US Postal Service as a Letter Carrier. Merrill was a Director and Board Member of the Shriners School, a member of the Musketeers and was active in other service organizations. He was an active member of First Baptist Church of Memphis and served as Sunday School Superintendent. One of his ministries was to visit the sick and elderly where he spent most of his Saturdays.

The family requests that memorials be made to Shrine School for children at 4259 Forrest View Dr., Memphis, TN 38118.