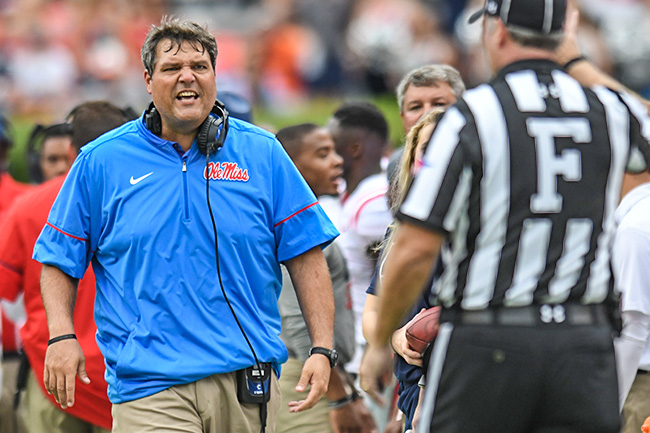 Ole Miss interim head coach Matt Luke talks to an official during the game against Auburn at Jordan-Hare Stadium in Auburn, Ala. on Saturday, October 7, 2017. (Bruce Newman, Oxford Eagle via AP)

Watch Luke talk the abnormally high October temperatures expected for Saturday’s game, the importance of getting off to a fast start against the Commodores after two lopsided losses, Vanderbilt’s secondary, injuries and more in the following video.