Oxford swimmers set for North Half meet at Delta State 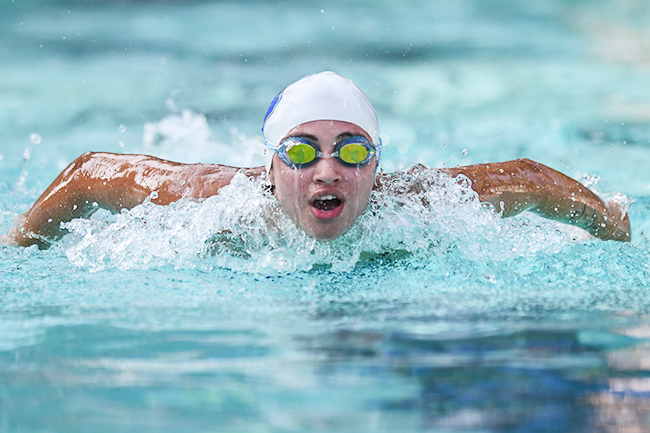 If the number of kids qualified for this weekend’s Class II North Half meet have any bearing then it is mission accomplished in his third season at the helm.

The Chargers are sending 30 of their 35 swimmers to Delta State Aquatic Center on the campus of Delta State University in Cleveland on Saturday in hopes getting as many as possible qualfied for the Class II State Championship meet.

The top 16 in each race move on to the state meet on Oct. 28 at the Tupelo Aquatic Center in Tupelo.

“As far as the number of qualifiers go this is the most that we’ve in my three years (at Oxford),” Gonzalez said. “This is the most I’ve taken in any of my 11 years at coaching high school.”

In last year’s North Half meet Oxford came away with a pair of top-10 finishes from his boy’s and girl’s teams. This season Gonzalez believes a top-three finish from each team is possible.
As is always the case Tupelo is the standard bearer in both meets leaving the battle for second and below to the rest of the schools.

“Admittedly on the girl’s side I think we are still behind Tupelo and Madison Central,” Gonzalez said. “That hasn’t been a secret this year for us. But I think the gap continues to close.”

Oxford holds the top seed in the girl’s 200 freestyle relay but there are four teams separated by a second in qualifying times.

Eighth-grader Julia Dennis is the overall No. 2 seed in the state in the 50 freestyle.

There are three Chargers who are projected to score in the girl’s 50 freestyle and 100 freestyle.

Both the boy’s and girl’s teams have three swimmers projected and seeded in the top-eight in the 100 breastroke.

The meet begins at 11 a.m. simultaneously with the South Half meet that is taking place at the Laurel Natatorium in Laurel.