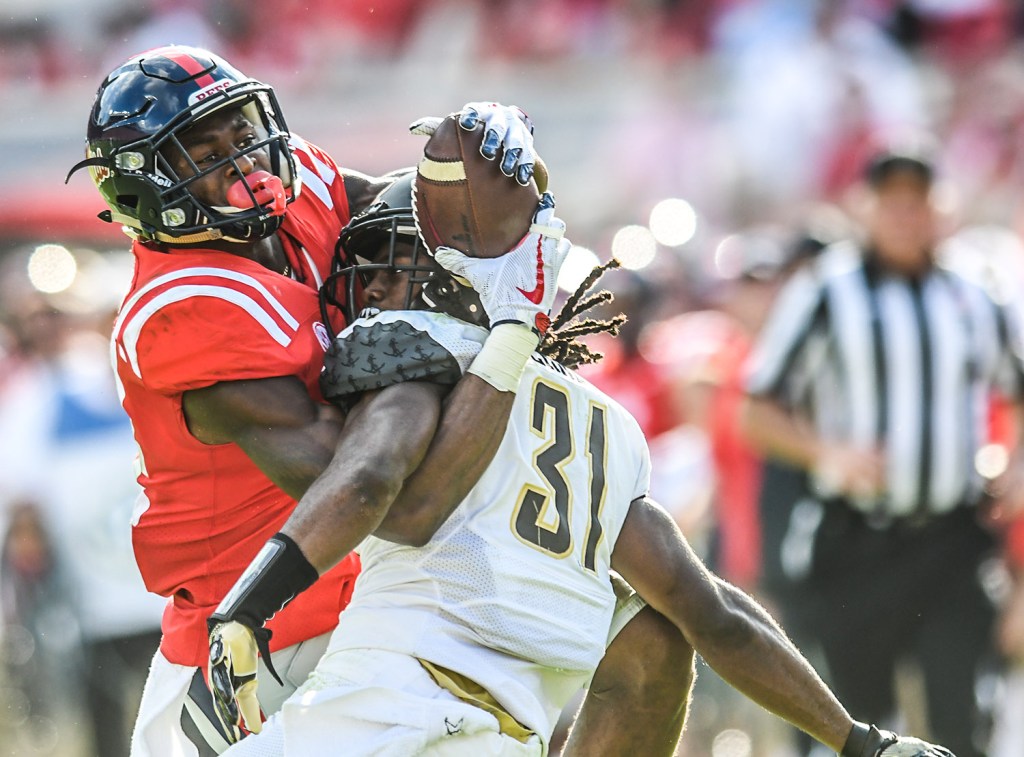 Oxford native DK Metcalf may have the catch of the day in college football.

During a drive in the second quarter against Vanderbilt on Saturday, Ole Miss’ redshirt freshman receiver hauled in an acrobatic 34-yard catch, going over cornerback Tre Herndon and pinning the ball against Herndon’s helmet to secure it. Ole Miss scored on Jordan Wilkins’ 18-yard run two plays later for its fourth touchdown of the day.

Replays of Metcalf’s circus grab went viral on social media. Watch it below.

Hey @SportsCenter … we have your No. 1️⃣@OleMissFB's D.K. Metcalf #SCtop10 pic.twitter.com/Jt3mxA3vbZ