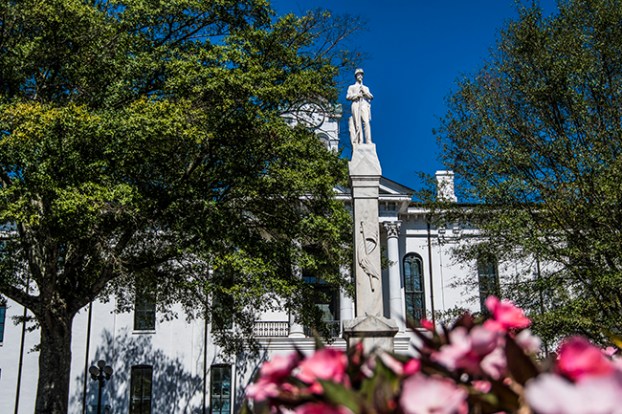 With discussions about Confederate statues and their place in society happening all across the South, earlier this year the Lafayette County Board of Supervisors were being asked the same questions.

Specifically, what would they do — if they do anything at all, with the statue on the south side of the Lafayette County Courthouse on the Square.

“We’ve got some input from a lot of citizens, from emails to phone calls, and we encourage people to continue to do that and let us know your feelings,” said Board president and Supervisor Jeff Busby Monday during the board’s regular meeting.

Busby said a five-person committee will be formed to contextualize the statue and its place in Lafayette County.

“We’re going to study the situation and keep the public informed as we move forward,” Busby said.

Busby said the committee will be made up of Lafayette County citizens but did not say if the members have been selected already.

The supervisors held a public hearing during their September meeting where they allowed four people — two who were in favor of moving the statue and two who were against it — to speak to the board.

Last month, the board requested an opinion from Mississippi Attorney General Jim Hood’s office asking whether the board has the authority to move the statue from its current location. The official opinion sent to the board by Deputy Attorney General Mike Lanford said the statue can be moved; however, it must stay on public, county-owned property.

The statue of the Confederate soldier was constructed in 1907 in honor of those who fought for the Confederacy during the Civil War.

By Haley Myatt Special to the EAGLE The University of Mississippi is participating in the annual campaign, National Cyber Security... read more