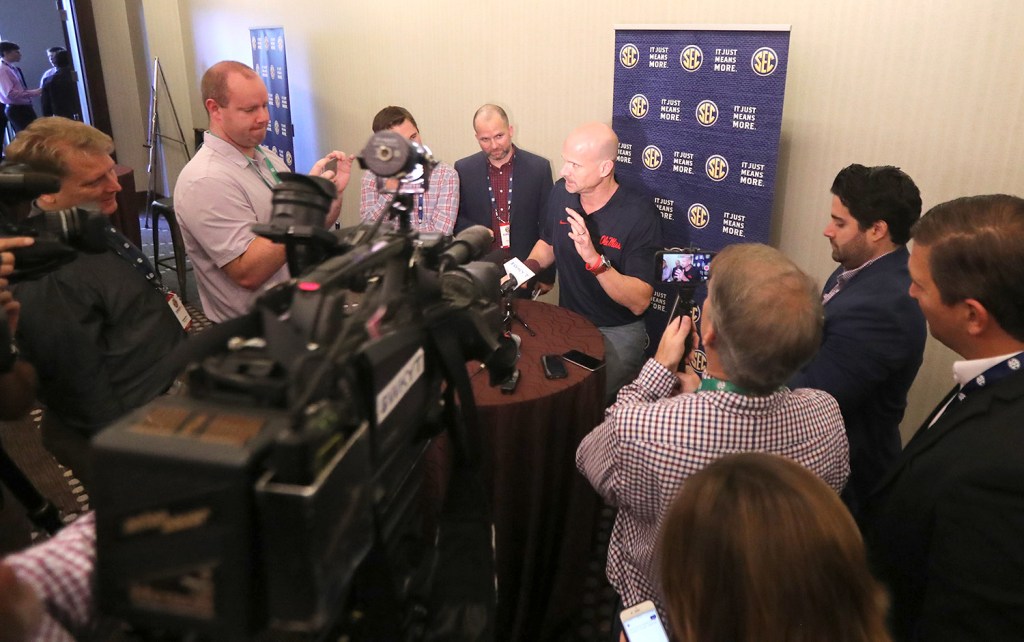 NASHVILLE, Tenn. — Ole Miss coach Andy Kennedy was a draw for reporters at the SEC Men’s Basketball Media Day on Wednesday at the Omni Hotel in Nashville, Tennessee.

Watch Kennedy crack jokes with the media contingent while talking about the Rebels being picked to finish 10th in the 14-team league in the preseason media poll, the Rebels’ backcourt, the depth of the league and more in the following video.