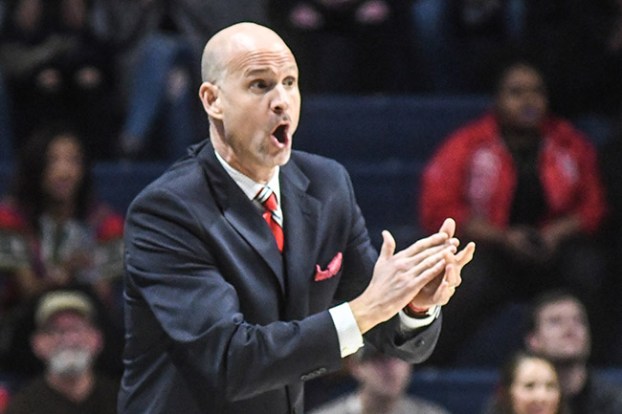 The Rebels were picked to finish 10th in the Southeastern Conference in voting by a select panel of SEC and national media members. The preseason poll was released as part of this year’s SEC basketball media days.

Kentucky was picked to win the league for the 13th time since the 1998-99 season. The preseason SEC Player of the Year vote was a three-way tie between Georgia forward Yante Maten, Texas A&M forward Robert Williams and Missouri freshman Michael Porter Jr., the nation’s No. 1 overall recruit in last year’s signing class.

Mississippi State was pegged to finish 12th in the 14-team league.

Ole Miss has made a habit of exceeding expectations under head coach Andy Kennedy, finishing higher than its preseason projection in nine of his 11 seasons at the helm. The Rebels return their top two scorers, Deandre Burnett and Terence Davis, from a season in which they went 22-14 with a quarterfinal run in the National Invitation Tournament.

Ole Miss will begin its season Nov. 10 at The Pavilion against Louisiana.

Davis and Burnett were both voted second-team All-SEC by the media.

The journey to Starkville has begun. The MHSAA state volleyball playoffs begin on Thursday and all three area schools have... read more