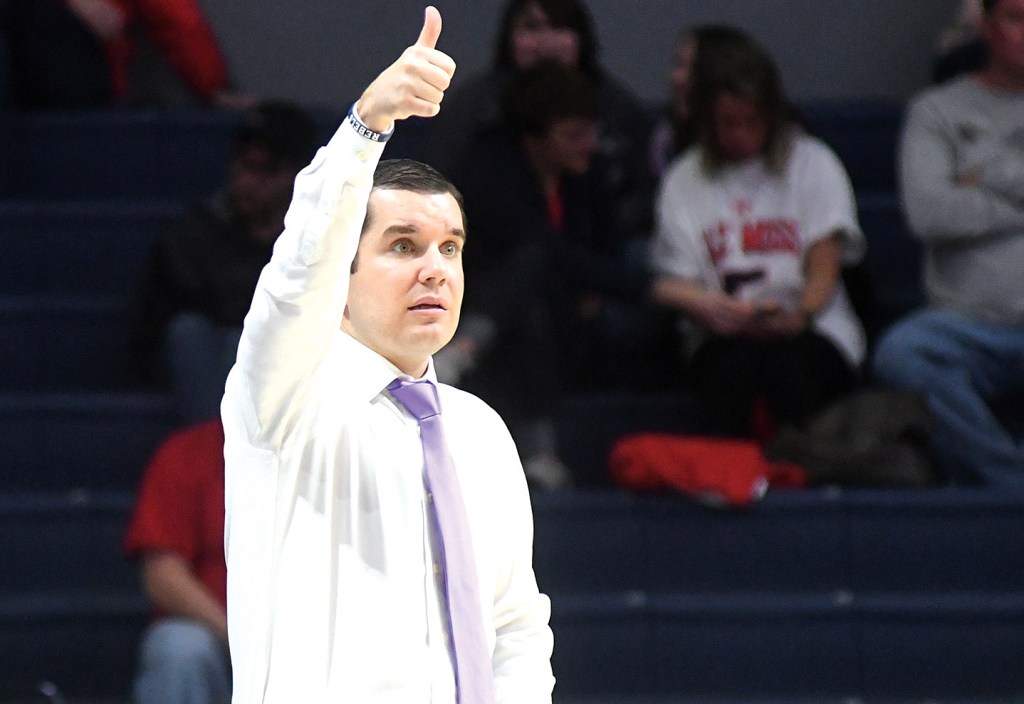 NASHVILLE, Tenn. — Shandricka Sessom had no idea it was coming, but she’s glad it did.

Ole Miss women’s basketball coach Matt Insell gathered his players in a huddle after practice late last week and shifted the conversation. Instead of accentuating the good and critiquing the bad of the day’s session, Insell talked about recruiting and family.

“We were thinking, ‘OK, we must be about to sign this big recruit next year,’” said Sessom, the Rebels’ junior guard. “Then he pulled out the ring and it shocked everybody.”

Insell stepped out of the huddle and walked over to his girlfriend, Autumn Clark, went to a knee and proposed in front of his players, fellow coaches and family members, including his mother and Clark’s mother, both of whom Insell asked to be there since he knew what Clark’s answer would be. She picked out the ring in September.

“I was the one that fell out on the floor,” Sessom said. “I was just so happy for him.”

The engagement comes after six months of “hardcore” dating, Insell said, since former football coach Hugh Freeze introduced Insell to the 31-year-old Clark, who works as a recruiting operations coordinator for the football team. Insell’s players have noticed a change in him ever since.

The son of Middle Tennessee State women’s coach Rick Insell, the younger Insell has led the Rebels to a pair of Women’s National Invitation Tournament appearances in his first four seasons at the helm after inheriting a program dealing with NCAA sanctions tied to the former coaching staff, but Ole Miss hasn’t been to the NCAA Tournament since 2007 — a fact that eats at the 35-year-old.

“I wake up every morning, and what drives me is hearing our name called on Selection Monday for women’s basketball,” Insell said.

But the long practices and even longer hours spent at the office poring over film and obsessing over scouting reports as a single coach have given way to a more understanding perspective. It’s not that Insell’s demanding expectations for his players have changed, but he’s taking a calmer approach in trying to get things right on the court.

“Not that it was too bad before, but you can definitely tell the difference,” guard Madinah Muhammad said. “This year, he’s more patient with you and talking through to tell you what you actually did wrong. He still gets on you, but he’s more patient.”

Breaking through in the ultra-competitive SEC won’t be easy for Ole Miss, which was picked in the preseason media poll to finish next to last in a league that sent eight teams to the NCAA Tournament last season, including reigning national champion South Carolina. The Rebels are trying to build on a season where they went 17-14 overall and 6-10 in SEC play with their top two scorers back in Muhammad and Sessom and one of the nation’s top recruiting classes that includes top-100 signees Chyna Nixon and Mimi Reid.

Insell has his better half to thank for keeping him grounded as he works to elevate his program.

“We’ve got to get out of practice early too because I’ve got to go home and have dinner,” Insell said. “Now I can’t stay in the office until 11:00 at night.

“I’m a high-strung person as you know if you watch any of our games. I’m not scared to say what I think when it comes to talking to a referee or anything like that. She’s good at calming me a little bit. She humbles me.”

The season hasn't even started yet, and @minsell is already winning. ? pic.twitter.com/GHEGIvKeWJ