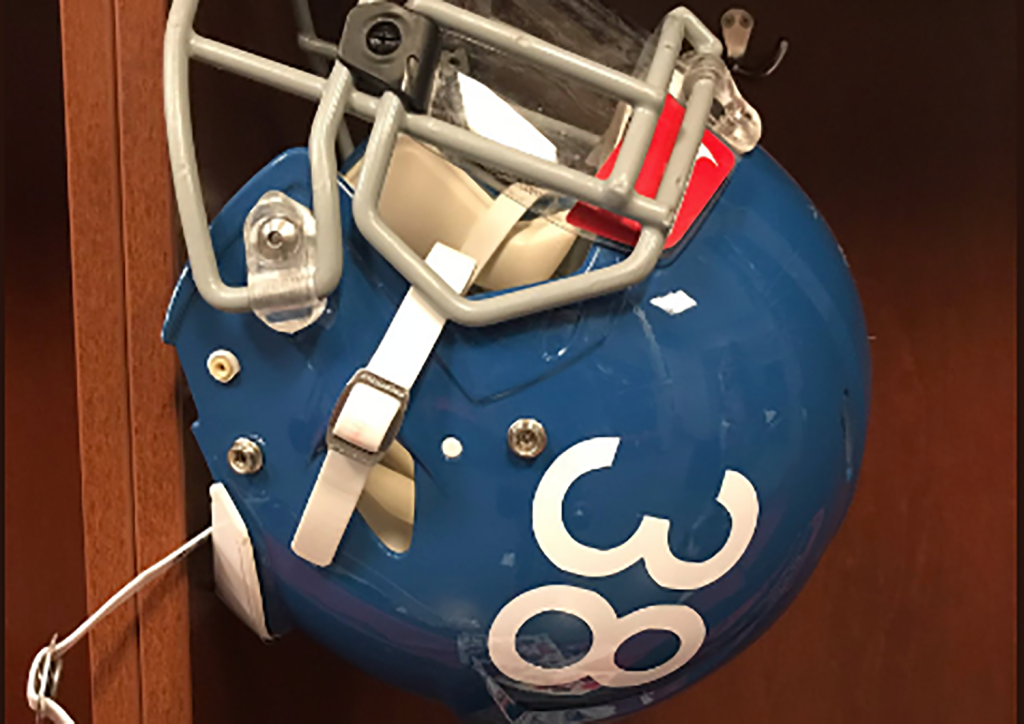 Ole Miss’ football team scratched their script logos that traditionally decorate the side of its helmets for Saturday’s game against LSU and replaced them with each player’s jersey number.

The old-school look was a tribute to the helmets worn by the team from 1957-68, the most successful period in Ole Miss football history, according to the school. It was during that time that the Rebels won a share of its three national championships (1959, 1960 and 1962). Of specific interest to the LSU series is the fact that the helmets were worn during the 1959 season in which the teams played twice — the famous Halloween game in which Billy Cannon’s punt return gave LSU a 7-3 win and the rematch in the Sugar Bowl that saw the Rebels win 21-0 to earn a share of the national title.

Saturday’s game is the 106th all-time meeting between the teams.