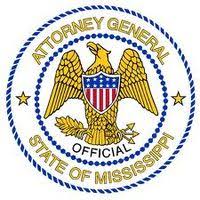 Two bars, one business and nine individuals were issued 13 total violations or citations in Oxford Oct. 12-19 as the result of alcohol and beer compliance checks by investigators with the with the Mississippi Attorney General’s Alcohol & Tobacco Enforcement Division, Attorney General Jim Hood announced on Friday.

On Oct. 12, City Grocery received two violations for selling alcohol to minors. The Corner Bar and Wards Short Stop both received one violation on the same day.

The following business in Oxford did not receive citations when checked for compliance on selling alcohol to minors on Oct. 12: Blue Sky on North Thacker Loop; Circle K on Highway 6; The Levee on the Square; and the Three-Way Store on Old Highway 7 North.

The following businesses in Oxford did not let anyone under the age of 21 inside on Oct. 12: Funky’s, The Round Table and The Summit at Old Venice, all located on the Square.

Investigators also did compliance checks in Starkville and Cleveland during the same time period. In Starkville, three businesses received a total of 12 citations for selling alcohol to minors and two individuals received citations for having a fake ID.

In Cleveland, seven businesses were cited for selling alcohol to minors.

In addition, a gas station in Cleveland and one in Okolona had their beer permits suspended.

Business owners who are convicted for selling alcohol or beer to minors can face up to six months in prison and/or up to $500 in fines, as well as having their liquor license and/or beer permit revoked. Individuals who receive a citation and are convicted for minor in possession and fake ID can face a fine between $200 and $500 and must complete up to 30 days of community service.