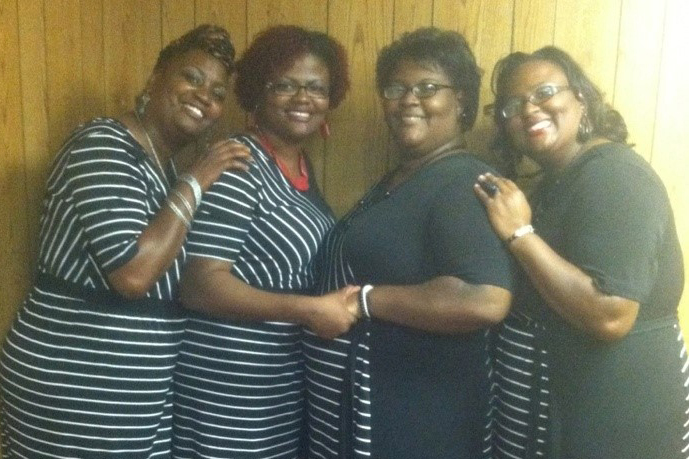 The show is hosted by Jim Dees and house band, the Yalobushwhackers. The broadcast can be heard locally on WUMS 92.1 FM and online: http://myrebelradio.com/.

Rachel Khong’s debut novel is Goodbye, Vitamin (Henry Holt), a humorous and tender meditation about a young woman who returns home after a broken engagement to find her father suffering from Alzheimer’s. From NPR’s review: “Khong’s endearingly quirky novel, which takes the form of Ruth’s diary of her transitional year, is filled with whimsical observations, oddball facts, and yes, even some romance. The title comes from Ruth’s mother’s new faith in vitamins, and her father’s habit of bidding them adieu before tossing them down the hatch.”

Khong’s fiction and nonfiction have appeared in American Short Fiction, The San Francisco Chronicle, The Believer, among others. She lives in San Francisco.

The Love Sisters are gospel singers who were born in Oxford to Dorothy and William Love. They began singing at their Lafayette County church, Harrisonville M.B. Church. They have sung at church functions and gospel events in the North Mississippi region for over 20 years. The group will soon be going into the studio to record their first CD.

More information on the fall season of shows is available at http://thackermountain.com/.