Oxford hosts Hernando with playoff hopes on the line 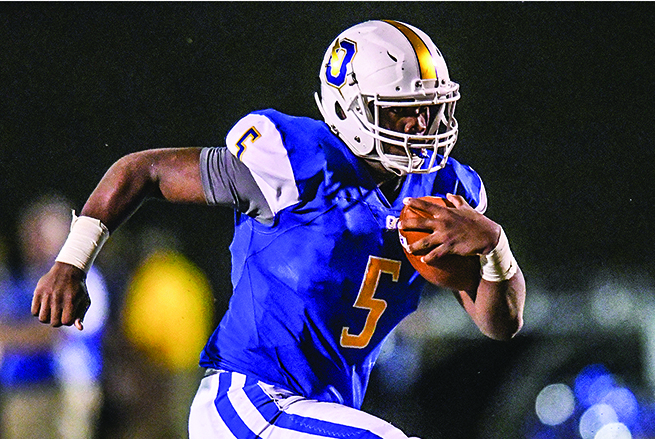 Oxford got past their last big game against Columbus last week.

Now they look toward the next one.

If the Chargers want to keep their playoff hopes intact, they must keep winning. It starts with Hernando in their home finale on Friday (7 p.m., 95.5 FM).

Since starting 0-2, Oxford has rattled off a three-game winning streak, but it has done little in helping them crack the top four of the Region 1-6A standings. The Chargers (7-3, 3-2 1-6A) are still sitting on the outside looking at the fifth position behind Tupelo, Horn Lake, South Panola and Southaven. Oxford is tied with South Panola and Southaven but would miss out due to losses to both earlier in the season.

The Chargers still control their own destiny but must go 2-0 in the final games of the regular season with wins over Hernando on Friday and finding a way to defeat undefeated and No. 3 in the state, Tupelo, next week.

“If we can go 2-0 and then we feel good about where we are,” Oxford head coach Chris Cutcliffe said. “Obviously there’s a lot of scenarios that can play out as tightly packed as it is. But our focus this week is beat Hernando then we’ll see where the chips fall next week.”

“I don’t think there is a bad team in our region,” Cutcliffe said. “You better come to play every single week. Over the years in 5A we were able to win some region games by some pretty one-sided scores at times. That’s not the case very often in our new region in 6A. You look week-to-week there’s a lot of close football games.”

Along with DeSoto Central and Columbus, Hernando (4-5, 1-4) has learned the hard way how good the top half of the region can be. After starting the season with three straight wins, the Tigers went on a four-game slide until defeating DeSoto Central 14-2 on Oct. 13. They lost to Horn Lake 14-7 last week.

Hernando’s playoff hopes are all but dashed, but not completely mathematically eliminated. What is certain is a win over Oxford and the Tigers could play spoiler to the Chargers’ postseason dreams.

“(Hernando) has played really close games that haven’t gone their way in our region,” Cutcliffe said. “They’re very balanced offensively. One of the more balanced teams we’ve played against. Defensively, up front I think their nose (guard) is one better we’ll face. We have to account for him.”

Back on track, Lafayette travels to Olive Branch