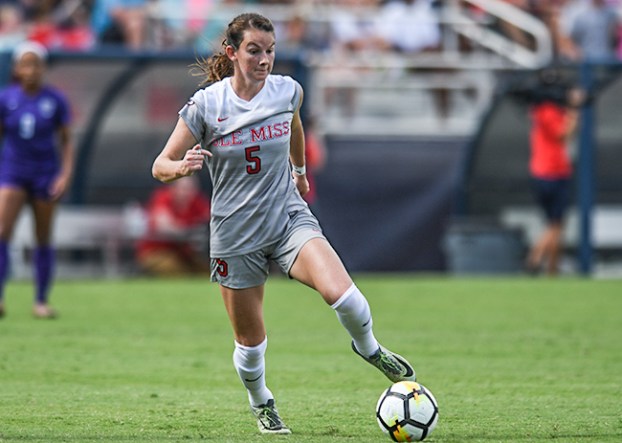 OXFORD, Miss. – On Sunday, the Southeastern Conference announced the 2017 Women’s Soccer All-SEC teams, with Ole Miss landing a pair of Rebels on the list.

CeCe Kizer, a former SEC Freshman of the Year honoree, earned a spot on the All-SEC First Team at midfielder, while Channing Foster was tabbed to both the second team and all-freshman squad. It is the first time since 2015 that multiple Rebels have been named all-conference, when Kizer was joined by Addie Forbus and Jessica Hiskey.

At 28 goals between the two, the pair are the leading scoring duo in the nation. Kizer and Foster accounted for over half of Ole Miss’ goal production in 2017 (28-of-54).

Kizer, a junior from Overland Park, Kansas, has had one of the greatest goal scoring seasons in Ole Miss history. Finishing the regular season with 16 goals, she ranks second in the nation in total goals, leading the SEC race by two scores ahead of Tennessee’s Khadija Shaw. The midfielder has also dished out seven assists on the year, ranking second in the nation with 39 total points.

Kizer’s 16 goals and 39 points are both tied for the fourth most in a single season in the history of Rebel soccer. The production is nothing new for the junior, she currently ranks fifth all-time in career goals at 35, while her 84 career points is good for sixth in program history.

From day one stepping on campus in Oxford, Foster has immediately asserted herself as a go-to scoring option. In her second-ever collegiate game the Murray, Kentucky native bagged a hat trick against Northwestern State. Just a few weeks later, the freshman repeated the feat against Southern Mississippi, becoming just the fourth player in school history with multiple hat tricks in a season.

Foster finished her freshman campaign with 12 goals, ranking second in the NCAA among freshmen and most in the SEC. That goal total ranks Foster in a tie for 13th in the nation in scoring and  third most in the league.

Florida’s Deanne Rose was named the Freshman of the Year, while Mallory Eubanks of Mississippi State was bestowed with Scholar-Athlete of the Year honors.

Inside Ole Miss’ concussion protocol: What players have to do to get cleared to return to the field

The play started like most of them do. But for Ty Quick, this one didn’t end the same. During the... read more