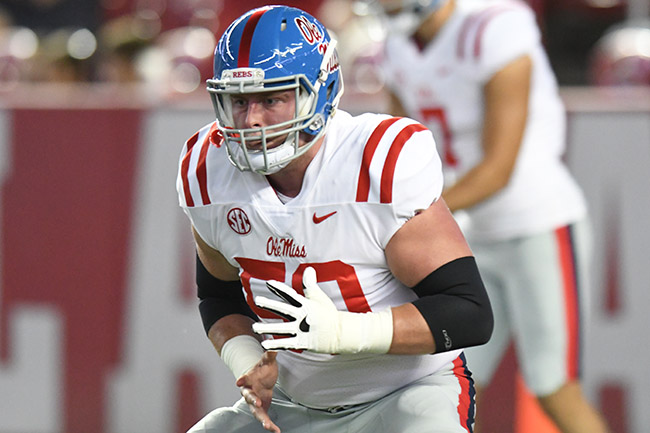 Ole Miss offensive lineman Sean Rawlings (50) warms up vs. Alabama in at Bryant-Denny Stadium in Tuscaloosa, Ala. on Saturday, September 30, 2017. (Bruce Newman, Oxford Eagle via AP)

It’s been an injury-plagued season for Rawlings, who wore a green non-contact jersey Tuesday as he returns from a concussion he suffered against LSU two weeks ago. The junior had minor surgery on his sprained ankle earlier in the season.

Watch Rawlings talk about returning from the injuries, going through a Tuesday practice, Kentucky’s defense and more in the following video.