Lafayette hosts Lake Cormorant with a playoff berth on the line 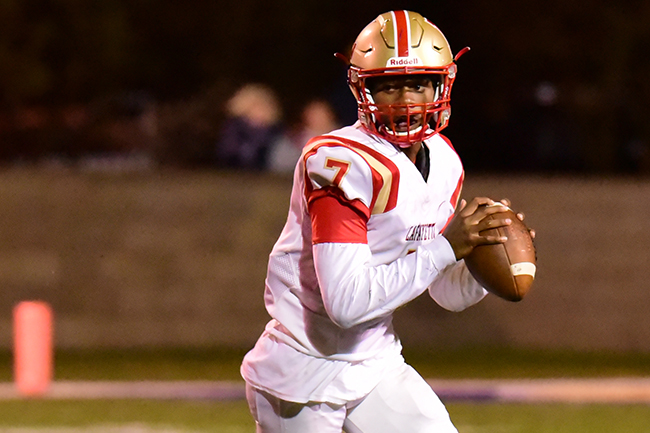 The playoffs do not begin for Class 5A and 6A until next week.

For Lafayette they have already begun.

If the reigning Class 4A state champions want a crack at the Class 5A title inside Vaught-Hemingway Stadium in early December they will have to not lose for the next five weeks.

After blowing a 9-7 lead over Olive Branch with less than five minutes to go it has put Lafayette in a precarious position on Friday night (7 p.m., 105.1 FM).

“We get to start playoffs a week early,” Lafayette head coach Michael Fair said. “That’s the approach that we’re taking. A pretty big game. Our kids are excited about it. …It’s simple. A simple delivery of the message this week. If you want to keep playing, we know what we’ve got to go out and do.”

The fact Lafayette is still in the hunt for a playoff berth might have been viewed as an improbable proposition midway through the season. After a 0-5 start to begin the year, the Commodores have managed a 3-2 record since and kept their season alive.

Wins over Lewisburg, Center Hill and Saltillo have helped while losses to Grenada and Olive Branch by a combined 13 points have hurt.

“This year’s been tough. We all know that. We’ve been through a lot,” Fair said. “To still have this play for this late in the year is a wonderful opportunity and I sure would hate to see us not take advantage of it. That’s the mindset.”

The Gators have taken a nearly identical path to Friday night.

After a season-opening win over Senatobia, Lake Cormorant lost five of their next six game, giving them a 1-2 start in region play. Since then they have wins over Saltillo and most recently a win over Center Hill last week to keep them in the mix.

Lake Cormorant was the Class 5A north half runner-up to eventual 5A state champion West Point a season ago.

“They’re a good football team. So athletic,” Fair said of the Gators. “This team is no stranger to playoff play and these guys are really playing well. It’s going to take a great effort to get them. I’m glad we’re playing them at home.”