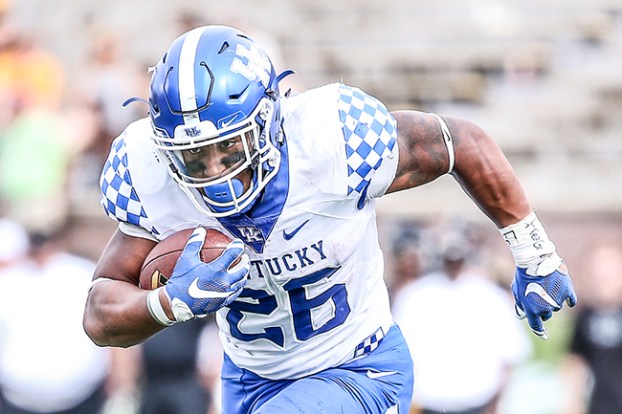 The last time Ole Miss played Kentucky, Matt Luke was in the Carolinas.

Ole Miss’ interim coach was finishing up a four-year stint as Duke’s offensive line coach in 2011 when the Wildcats thumped Ole Miss 30-13 in Houston Nutt’s final season at the helm. The teams will meet for the first time since when Kentucky hosts the Rebels on Saturday (3 p.m., SEC Network).

“It’ll be a unique challenge and a fun challenge to go somewhere different,” Luke said. “Obviously they’re doing a great job and have a really, really good team.”

Game film is the only thing Ole Miss’ players and coaches have to go by, but it’s enough to give them a good idea of what to expect from Kentucky, which is having its best season under fifth-year coach Mark Stoops. The Wildcats, who need one more win to match the most they’ve had in a season under Stoops, have won three of their last four after beating Tennessee 29-26 last week.

Quarterback Steven Johnson is a dual threat for Kentucky having thrown for 1,401 yards and nine touchdowns while adding 282 yards and three more scores on the ground, but the Wildcats’ offense runs through tailback Benny Snell Jr., the SEC’s fourth-leading rusher. He’s run for 721 yards and nine touchdowns this season and has been even better against league opponents, racking up 989 yards and 12 scores in his last eight SEC games.

“I think their best player on offense is their running back,” Ole Miss defensive coordinator Wesley McGriff said. “They’re going to give him the ball on the inside zone and the counter, and they’re going to spread us to create some one-on-one matchups. We have to account for that.”

As for Kentucky’s defense, offensive coordinator Phil Longo said the tape shows a multiple unit that will alternate between and three- and four-man fronts and constantly mix up its coverages on the back end. It’s helped against the run as Kentucky ranks fifth in the SEC in run defense, but the Wildcats are last in pass defense, allowing more than 260 yards a game through the air.

“With teams you play a lot in the SEC, it’s better with guys that you’ve gone up against year in and year out,” center Sean Rawlings said. “But with teams you didn’t play, you’ve just got to really prepare in the film room and get a feel for what their tendencies are.”

It should be inviting for quarterback Jordan Ta’amu in his second career start after he threw for 368 yards last week against Arkansas for the league’s top passing offense, but Longo isn’t expecting it to be that easy for Ta’amu or any part of the Rebels’ offense against a defense with so many looks.

“Probably the most multiple team from a coverage standpoint that we’ve seen,” Longo said. “They play a little bit of everything. They have some majority coverages and some primary coverages against each formation.”

This week’s preparation is different in more ways than one for the Rebels.

“I think that’s a challenge you enjoy is getting up to play a team you don’t play a whole bunch,” Luke said.

Matt Insell’s fifth season at Ole Miss got underway on Thursday and he got a taste of what his team... read more