Interim coach Matt Luke gives fiery speech in response to questions about Ole Miss’ motivation: ‘I’ve had enough, and I’m sick of it’ 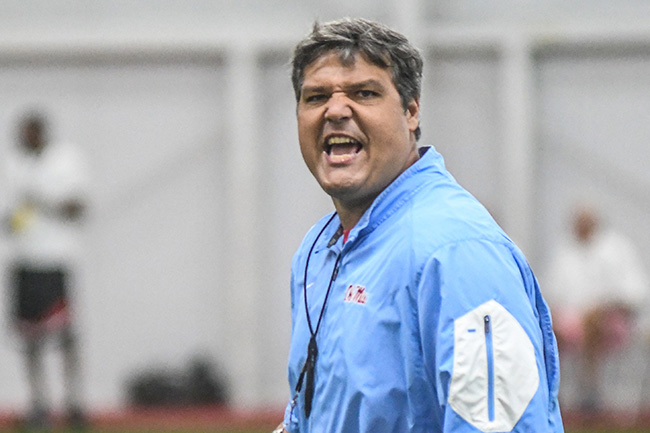 Amid a season overshadowed by the fallout of an NCAA investigation and a sudden coaching change, Ole Miss interim coach Matt Luke has constantly fielded questions about how the Rebels stay motivated.

Luke fired back at those inquiries during an emotional speech to his team before last week’s game at Kentucky. Video of the speech was posted to Twitter on Monday by Scout.com reporter Yancy Porter and can be seen below.

Reaction began pouring in from Ole Miss staffers and players Tuesday morning. Ole Miss (4-5, 2-4 SEC), fresh off its 37-34 win over the Wildcats, will step out of league play Saturday against Louisiana (11 a.m., SEC Network).

My passion for The University of Mississippi is greater than you can imagine, and this man is one of the reasons for that…#OurCoach https://t.co/YFdaexDktx

I’d go to war with this man everyday of the week. No better coach for this University. #ourcoach https://t.co/HuzyOQvwYm

No other guy I’d rather go to war with…#OurCoach https://t.co/FsUa4Hcdo0