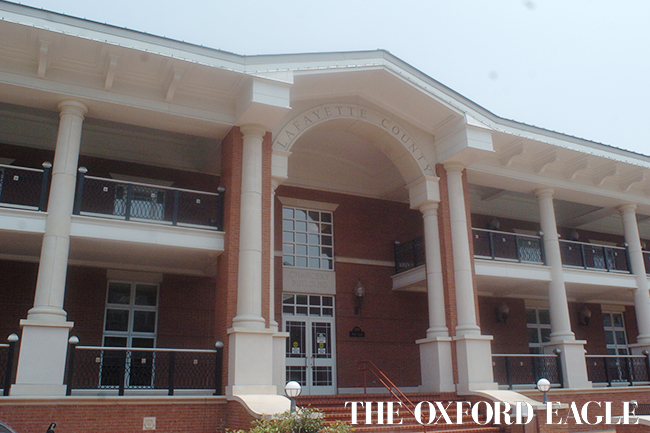 After more than a year of meetings, discussions and review, the Lafayette County Board of Supervisors approved the county’s updated Comprehensive Plan Monday after little discussion.

A motion was made and seconded to approve the document that hasn’t been updated since 2008 before Board President Jeff Busby asked for any comments or discussion.

One woman in the audience asked why so little discussion before taking the vote.

“We’ve held almost 40 meetings since last February,” said Supervisor Kevin Frye. “It’s good we’ve gotten to this point. But I would like to thank all the folks who were willing to serve on the committees, those who went to the public meetings around the county. It was a group effort and something we should be proud of.”

Slaughter and Associates urban planning group has been working on updating the plan for more than a year.

A Comprehensive Plan is a guide for current and future supervisors and other county leaders to guide the county’s growth over the next 20 years. The plan discussed the county’s vision in regards to transportation, land use and community facilities including public safety, roads, utilities, house, recreation and economic development.

The Comp Plan does not include any zoning regulations; however, by state law, a county must adopt a Comp Plan before approving any zoning ordinances. With the growth of the city of Oxford and Lafayette County, supervisors will be considering a new zoning ordinance and corresponding land use maps in the upcoming weeks, that if approved, will create some zoning in the county with higher restrictions for properties closer to city limits, and very little regulations farther out in the county.

Some of the goals listed in the plan include encouraging affordable housing options; advocate for quality construction and development; protect property values for future growth and assessed values for tax revenue; encourage alternative modes of transportation, alleviate public safety and traffic concerns on existing roads and more.

The new Comprehensive Plan can be read on the county’s website at www.lafayettems.com.

Harvard graduate Jamie Piltch exploring what it means to…