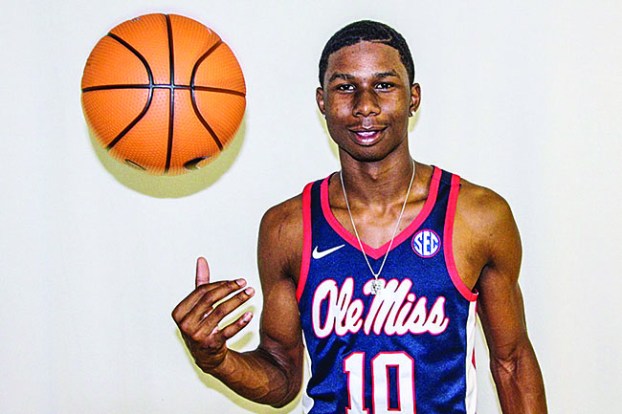 The Rebels inked guard Serrel Smith, wing Brian Halums and forwards Anthony Higgs and Zach Naylor to National Letters of Intent on Wednesday for the 2018-19 season. All four were previously committed to the Rebels.

“After seeing Serrel play on the AAU circuit last spring, he became a top priority for us in this recruiting class,” Kennedy said. “Serrel is a 6-3, long, combo guard who is a natural scorer. His length and instincts also make him a very capable defender.”

“He has a nose for the ball, which makes him an outstanding rebounder, and he is equally comfortable facing the basket or playing in the post,” Kennedy said of Higgs.

Halums joins Naylor as the junior college prospects in the class. The 6-5 Halums averaged 17.5 points and a team-high 7.5 rebounds from his guard spot last season as a freshman at Itawamba Community College. He also shot 55.1 percent from the floor and 44.8 percent from 3-point range.

“(ICC coach) Grant (Pate) told us early on that he believed Scooter (Halums) could be an SEC player, and he was right,” Kennedy said. “Brian’s athleticism, coupled with his hard-nosed approach, make him a guy we feel can help us in a multitude of ways.”

Naylor, a native of Houston, Texas, nearly averaged a double-double his freshman season at Weatherford College, scoring 20 points and pulling down 9.1 rebounds per game. The 6-8 Naylor also showed the ability to score away from the basket, shooting 41.5 percent from 3-point range last season.

“Zach is a player that can play a number of different positions because of his combination of size, athleticism and basketball skills,” Kennedy said. “He can rebound, make the 3 and create off the dribble. Losing two quality players in our frontcourt after this season made signing a high-level JC forward a priority for us in this class, and we feel we did just that by adding Zach to our program.”