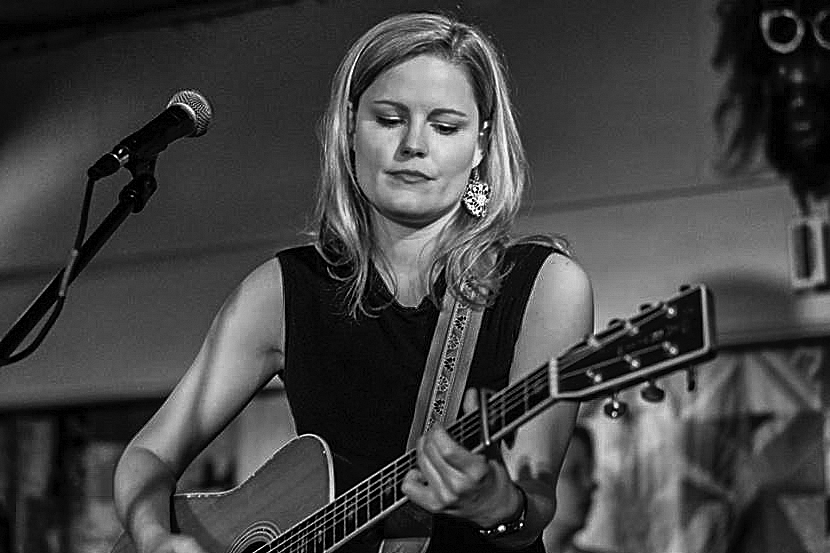 This Thursday at 6 p.m. at Off Square Books (129 Courthouse Square) The Thacker Mountain Radio Hour performs its next-to-last live show of the year as it welcomes Oxford songwriter, Anne Freeman and the Garbage Sons. Poet Angela Ball will read from her new collection and Midwest rockers, Thompson Springs, will perform. Admission is free. The show is hosted by Jim Dees and Thacker house band, the Yalobushwhackers.

The show is broadcast locally on WUMS 92.1 FM and online: http://myrebelradio.com/.

Anne Freeman and the Garbage Sons are an indie-rock band based in Oxford that includes Freeman, Eric Carlton, Kell Kellum, Harrison Smith, and Ben Yarbrough. The group recently finished work on their first album which was recorded at Dial Back Sound in Water Valley. For their Thacker appearance, the band will be joined by Drive-By Trucker bassist, Matt Patton.

Angela Ball’s new volume of poetry is Talking Pillow (Univ. of Pittsburg Press). Talking Pillow celebrates love as amazement, sustenance, and of scarcely believable loss. The book centers around the sudden death of the author’s long-time partner and deals with grief in a touching, knowing and even comic way.

Ball is the author of four previous poetry collections. She has twice won the Poetry Prize from the Mississippi Institute of Arts and Letters. Her work has been frequently anthologized and featured in Best American Poetry and on the Writer’s Almanac with Garrison Keillor. Ball is a professor of English at the University of Southern Mississippi, where she directs the Center for Writers.

Thompson Springs is an indie-rock band from Madison, Wisconsin, founded and fronted by singer-songwriter Matt Smith. The band’s releases include the EP Artifacts, recorded with Rob Laakso of Kurt Vile and the Violators. Their latest release is, Fond Regards. The band has returned stateside following a European tour in October.

The Thacker Mountain Radio Hour wraps its 2017 fall season of live shows next Thursday at the Lyric. Live performances will resume, Thursday Feb. 1, 2018. The show can be heard throughout the winter every Saturday at 7 p.m. on Mississippi Public Broadcasting, 90.3 FM in Oxford. The show’s annual Holiday/Membership party is Friday, Dec. 1 at Southside Gallery.  More information at http://thackermountain.com/.