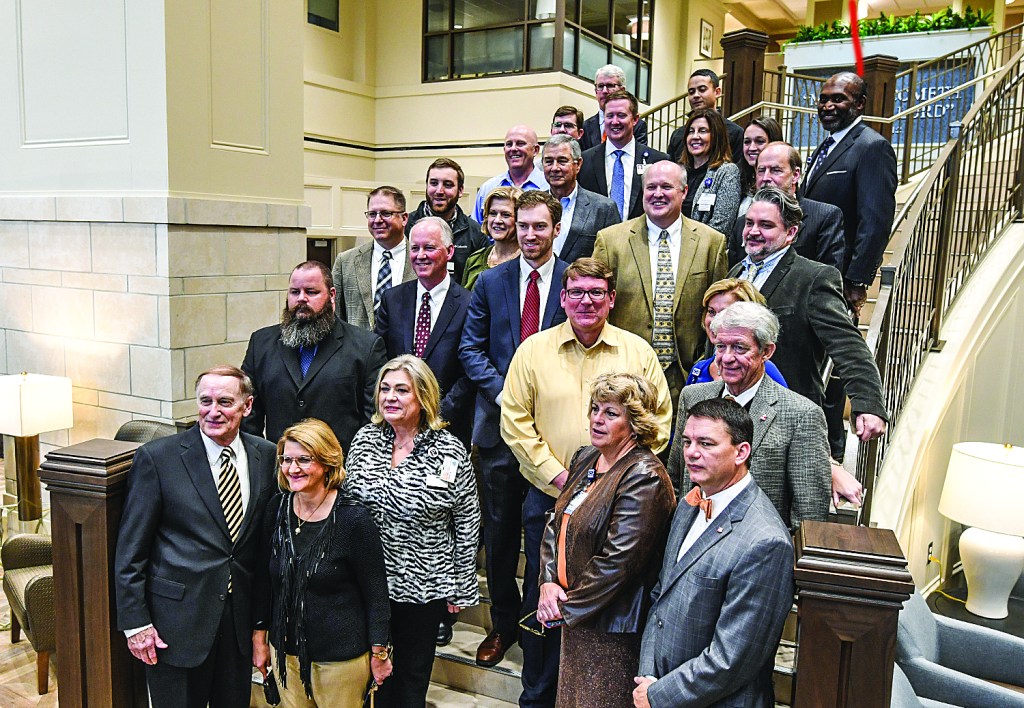 Employees involved in the work for the new Baptist Memorial Hospital-North Mississippi gather for a photo following a ceremony in Oxford, Miss. on Wednesday, November 8, 2017. The new hospital will open on Saturday, November 25, 2017.

In 2012, the heads of Baptist Memorial Hospital-North Mississippi started discussions with city and county leaders about the possibility of building a new, $300 million regional hospital and buying out of the lease of where the hospital is currently located.

Five years later, the new hospital was unveiled before hundreds of community members Wednesday, its doors ready to be opened for business in less than three weeks with an expected opening on Nov. 25.

“We are thrilled to bring a hospital of this caliber to our community,” said Bill Henning, CEO and administrator of Baptist North Mississippi. “We designed this facility with our patients and their loved ones in mind, so it will be easier for them to receive care closer to home.”

Tours were given to show off the new facility that has five floors and 602,831 square feet in size with 217 beds.

“We’ve incorporated that into various areas of the hospital,” Little said. “It’s in our lobby, on our railings on the staircase, on our glass bookcase and in other areas throughout the hospital.”

The new facility has expanded its emergency room and outpatient departments have additional surgical suites and operating rooms and an enhanced ICU.

Tannehill said the new hospital is the result of a lot of forward thinking and decisions made by many people five years ago.

“This new hospital is a gift to our community,” Tannehill said. “It represents new jobs and expanded care and a commitment to provide the best healthcare possible.”

Busby joked he thought he was walking into the Ritz Carlton rather than a hospital.

“I almost thought for a moment that I wouldn’t mind being a patient here,” he said with a chuckle.