Oxford primed for run at third consecutive state title, first in Class 6A 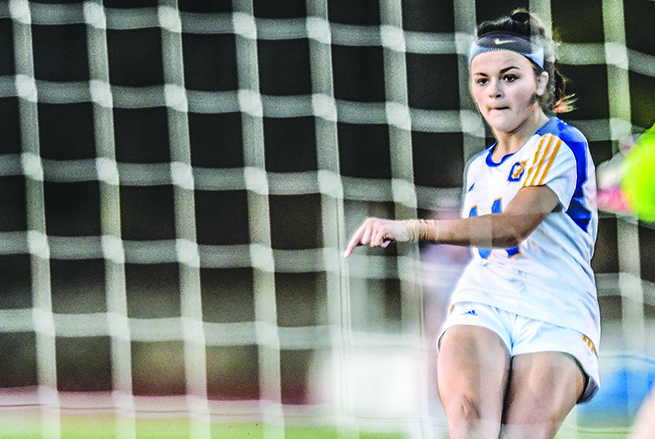 Oxford moved up in classification, but they are not concerned.

In fact, they may be more confident than ever.

After back-to-back 5A state championships — including a historic 19-0 season last year — the Chargers lost some key talent, but are returning just as much for their push towards the school’s first ever Class 6A state championship.

“We’re not the big dogs anymore,” Oxford head coach Hunter Crane said. “Time to go and chase it again. Be hungry and go out and prove it everyday.”

Going undefeated served two purposes. One, it was a rallying cry for last year’s team to do what had never been accomplished in program history and two, was a foundation for the players returning to have experience and play with pressure. Such as the kind they will have in 6A this season.

“I think the streak itself was pressure enough on them,” Crane said. “I had a good group last year and they wanted it. I think that’s kind of rolled over into this year. …they feel it a little bit but I think they’re excited.”

The 30-plus game winning streak was ended at the onset of the season for Oxford (0-2). The Chargers dropped their first two games of the season in losses to Clinton last weekend.

During the course of the win streak last year, Crane and the team never hid from what was in front of them. They fed off it, embraced it.

Now in the ranks of 6A’s best such as defending champion Northwest Rankin, Brandon, Ocean Springs and Madison Central — last season’s semifinalists — the same mentality is being taken by the Chargers.

“We come out and try to prove that we’re the best every time we come out on the field,” Crane said. “We’re going to try and take same mentality when we go and play anybody. Everybody gives Oxford their best shot. So, we’ve got to show up no matter what.”

Gone are Addison Meadows, Anna Dennis and goalkeeper Bailey O’Connor — who have all graduated and moved on.

What is left is sophomore Morgan O’Connor and her 51 goals scored from a season ago. To begin the season Crane had returning seniors in Ally Shinall, Addison Mills, Grace Joyce and Nicole Wilkin.

Oxford has become the M.A.S.H. unit two weeks into the season with more injuries piling up, including Wilkins who tore her ACL last week and is out lost for the season.

The Chargers will also be without O’Connor in this weekend’s Charger Invitational being held at FNC Park. She was in Atlanta playing in a tournament with college coaches in attendance and will be in Arizona this weekend for a showcase tournament. Crane expects to have her back full-time next week.

A key slot to fill was in goal.

Sophomore Anna Kate Trust and freshman Mary Anna Fulton will each get shots in goal early in the year as Crane decides which fits best.

“I’m excited about both of them,” Crane said. “They’re both coming out and working hard everyday. Both are very different goalkeepers from each other and very different from Bailey. They both do a lot of things really well. I have confidence in both of them.”