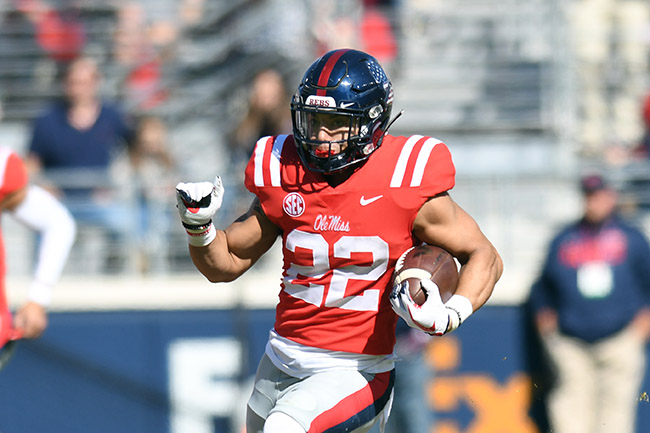 Whether as a player or a coach, Matt Luke has witnessed his share of Senior Nights during his time at Ole Miss.

Saturday will rank up there in terms of the emotions of it for the Rebels’ interim coach.

Ole Miss will play its final home game then against Texas A&M (6 p.m., ESPN2), giving 19 seniors who have been most affected by the fallout of the NCAA investigation to this point a chance to go out winners in front of their fans one last time.

“This is a special group of seniors, just what they’ve been involved in,” Luke said.

The senior class has won 29 games over the last four seasons and helped the Rebels (5-5, 2-4 SEC) get to a pair of New Years Six bowls during that time, including the program’s first Sugar Bowl win since 1970 to cap the 2015 season. They’ve been a part of two wins over Alabama as well as two against rival Mississippi State.

But it’s the effort the group has shown throughout what’s been by far the most tumultuous season of their career that gets to Luke, who became their head coach less than two months before the season following Hugh Freeze’s abrupt resignation. That came after the seniors found out they wouldn’t have a chance to end their careers in another bowl with the school self-imposing a postseason ban in response to some of the findings in the NCAA’s lengthy probe.

Some seniors, Luke noted, have had to deal with even more.

Linebacker DeMarquis Gates is the Rebels’ leading tackler despite playing most games with braces on his bum shoulders. Running back Jordan Wilkins is playing on a sprained ankle that won’t fully heal until the season’s over while offensive lineman Daronte Bouldin, who briefly rose to the top of the depth chart at guard and has been part of the rotation all season, recently broke his foot, ending his college career early.

“They don’t have the opportunity to go to a bowl, but they continue to fight and fight through injuries,” Luke said. “Just grateful to these guys. It will be an emotional Senior Night. Just really want to go out there and perform well for this group of seniors.”

Ole Miss enters Saturday’s game winners of two straight with a chance to still have a winning season if it can win its last two. Standing in the way of the Rebels’ longest winning streak of the season is an A&M team that leads the SEC in sacks and has one of the league’s most dynamic playmakers in do-it-all receiver Christian Kirk, whose accounted for eight touchdowns this season and has a school-record six career punt returns for scores.

Luke said he and his team will have to be careful not to get caught up too much in the emotion against the Aggies (6-4, 3-3), but he wants his seniors to enjoy it along the way.

“Let’s go have fun and finish this thing the right way and have something you’ll always remember,” Luke said. “We’ve been on teams with better records, but they’ll always remember this season. All the adversity they fought through and battled through. They’ll be proud of this season for the rest of their life.”

Receiver Van Jefferson dislocated his elbow last week against Louisiana-Lafayette and will be out this week. Luke said Jefferson will be evaluated further before determining if he’ll be available for the season finale against Mississippi State.

Fellow receivers Markell Pack and Trey Bledsoe are going through concussion protocol this week. Luke said offensive lineman Alex Givens (concussion) is nearing the end of his protocol but still has to clear a few steps before being fully cleared for Saturday’s game.