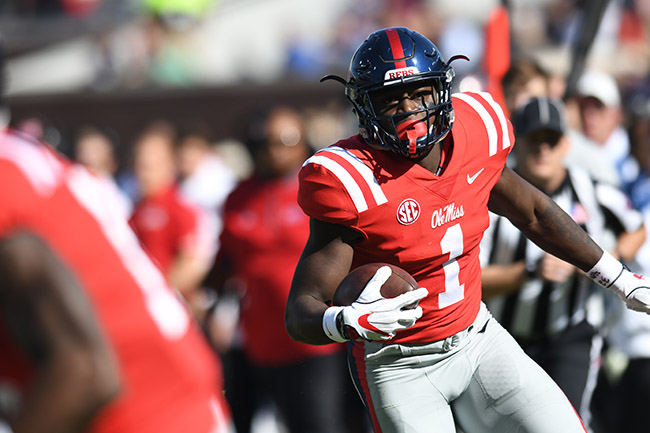 A.J. Brown has been the Southeastern Conference’s leading receiver all season. Now Ole Miss’ sophomore wideout is in serious contention for the best receiver in the nation.

Brown on Monday was named one of 10 semifinalists for the Biletnikoff Award, which annually goes to college football’s most outstanding receiver. A native of Starkville, Brown leads the SEC in receiving yards (1,015), yards per game (101.5) and touchdown receptions (9).

The group will be pared down to three finalists Nov. 20 with the winner being announced Dec. 7.

Brown finished with 14 catches in the Rebels’ 55-20 win over Louisiana-Lafayette on Saturday, matching Treadwell’s school record for receptions in a game. He finished with 185 yards and two scores for his fifth 100-yard game this season, which ranks second in school history behind the six 100-yard games Treadwell recorded in 2015.

Brown holds the school single-game record for receiving yards with 233, a mark he set in Ole Miss’ season-opening win over South Alabama.