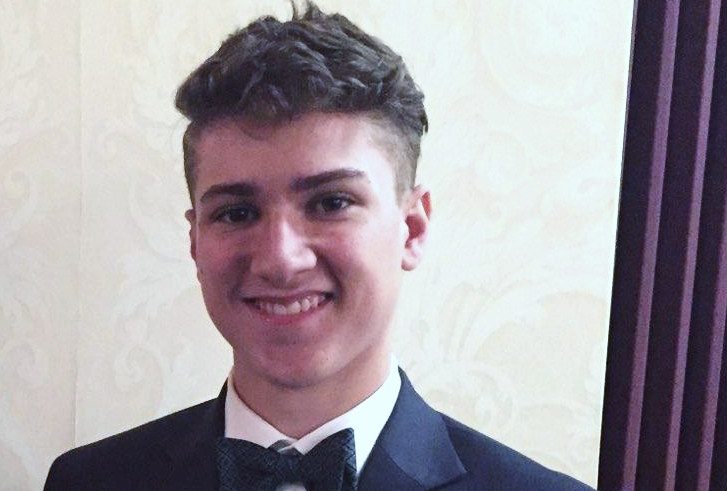 Lafayette High School junior Chase Freeman learned the ins and outs on how the Mississippi Legislature works and how representatives get bills get passed earlier this month as he and 10 other students took part in the Mississippi Youth Legislature – and found out he’s pretty good at it himself.

Freeman, 17, was awarded Outstanding Representative after getting his “bill” passed by the “House” and signed into “law” by Gov. Phil Bryant.

The Mississippi Youth Legislature is a model legislative and judicial program for high school students in grades 9-12. Students from public and private schools across the state come together in Jackson and participate in a mock legislative session. Each student participates as either a legislator, attorney, Supreme Court justice, lobbyist, press delegate or legislative page.

Freeman was a House Representative. He and his partner, Amy Parker, a Senator, wrote a bill that was passed out of the House and Senate committees before being sent to the floor where Freeman argued before the House and Park, before the Senate.

Their bill was passed and then sent to Gov. Phil Bryant who signed the bill into “law.”

Similar bills have been presented before the actual Mississippi Legislatures and groups are still working on having a similar bill put before the House and Senate during the 2018 session.

Freeman said he argued in the House committee before 100 people and then on the House floor in front of about 400 people.

“My bill was a step in the right direction to help put a stop to corrupt doctors in rural Mississippi by stopping them from taking advantage of their patients who have nowhere else to go,” he said. “I️ felt that it was a great experience not only to show public speaking or leadership but teamwork also because you rely on your partner as much as yourself so you need to have teamwork skills.”

Freeman, son of Rob and Ashley Freeman of Oxford, said he was shocked when he was awarded Outstanding Representative at the end of the session.

“I believe I shook enough hands and offered enough smiles to get people interested in what I had to say and when they heard, they agreed with me,” he said.

The LHS students who attended the Youth Legislature did so under the direction of their Spanish teacher, Scott Jimenez.

“I believe he not only offered an out-of-school learning experience but he also provided inspiration to every one of us and he sparked interest in a possible future career for myself,” Freeman said.

Freeman, an Eagle Scout and an Air Force Junior ROTC member at LHS, said he plans on attending the University of Mississippi where he will be in the ROTC program, to study mechanical engineering. He said adding politics to his list of career goals isn’t out of the question.

Tourism taxes bring $4M in revenue into Oxford in…