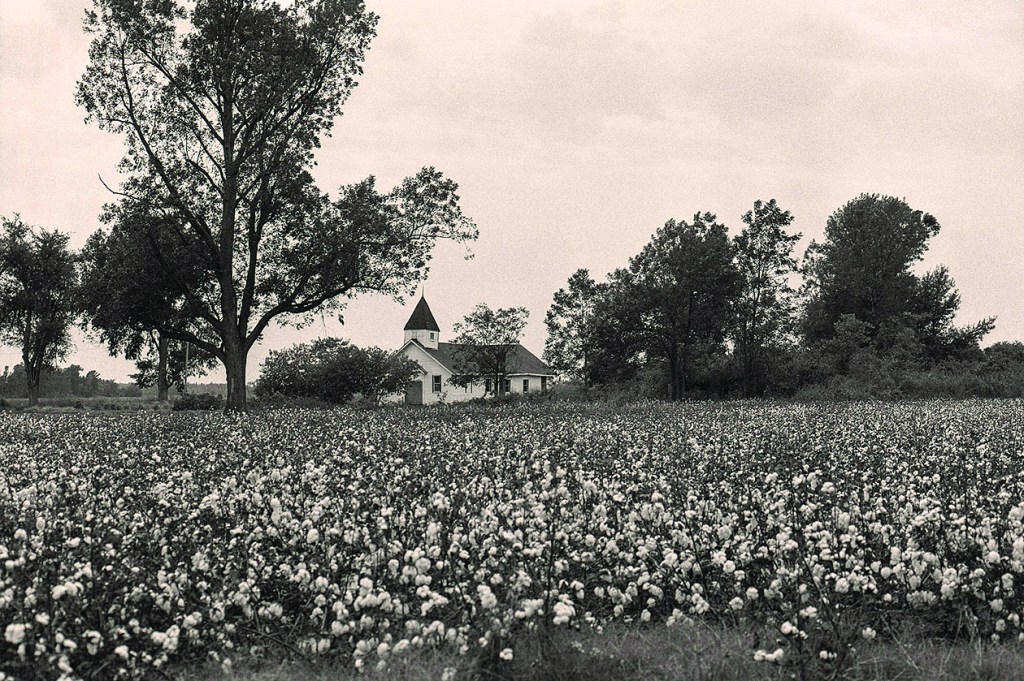 Photo from Maude Schuyler Clay’s exhibit “Delta Landscapes” which is showing at Southside Gallery on the Square through Dec. 2.

The name Maude Schuyler Clay has become synonymous with the landscape of the Mississippi Delta, and also with a successful, prolific and highly decorated career in photography. Clay’s works are in the collections of the Museum of Modern Art, the Museum of Fine Arts, the National Museum of Women in Arts, the High Museum of Art, and many others. Her main body of work consists of images taken in and around her childhood home — the Mississippi Delta. Her photographs capture the nature of the Delta in much the same way a good Delta blues song does — brutally honest, yet unapologetic; sometimes mournful, but often joyful; beautifully broken, yet doggedly determined; wracked with sadness, but never hopeless.

Born in Greenwood, and raised in Sumner, Clay took an interest in photography at a very young age. She attended the University of Mississippi, then the Memphis Academy of the Arts. There she would begin her apprenticeship under William Eggleston, a trailblazer of the photography world who legitimized color photography as an art form worthy of being shown in the most prestigious of galleries. Eggleston also happens to be Clay’s older cousin. 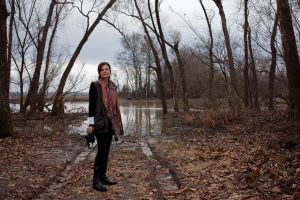 During this time, Eggleston was taking Clay along when he drove south, away from Memphis, going deep into the Delta and beyond in search of subject matter to photograph. This is where Clay would find her calling—driving down back roads and turn rows where the steadily declining economy of the Delta was beginning to show proof of itself in the desolate, dilapidated structures that dotted the land. She had already decided to focus on black and white photography — mainly to differentiate herself from Eggleston. She found the black and white format to be the perfect medium for creating her Delta landscapes. To Clay, the black and white format lends a sense of seriousness to the image. In her own words, while riding those back roads in search of the perfect shot, Clay was, “recording and preserving the Mississippi Delta landscape and its rapidly disappearing indigenous structures: mule barns, field churches, cotton gins, commissaries, crossroads stores, tenant houses, cypress sheds and railroad stations.” This haunting yet beautiful collection of photographs would become Clay’s first book, titled “Delta Land.”

Published in 1999 by the University Press of Mississippi, “Delta Land” would win Clay a Mississippi Arts and Letters Award the very next year. While Clay was choosing the images for Delta Land, she found that she kept returning over and over to the images in which the Delta dogs appear. Clay developed such a deep interest and respect for these dogs, she created a collection with the Delta dog as the main focus. It would be a “sequel” of sorts to “Delta Land.” Published in 2014, “Delta Dogs” affectionately presents the Delta dog as an emblem of the Delta, its landscape and its people. Clay described the Delta dog in an interview with The Southern Review, Winter Edition, 2015, “As Sally Mann says, the Delta dogs represent the whole sick, sad soul of the South. And to that, I add that they are resilient and hopeful and a bunch of real survivors, too.”  “Delta Dogs” won Clay a second Mississippi Arts and Letters Award the same year it was published. 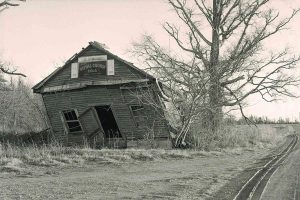 Clay’s latest book of photography, published in 2016, is a collection of color photography titled “Mississippi History.” It is a documentary of life in the Delta as Clay saw it through the lens of her Rolleiflex Twin Lens Reflex camera, and also through the subjects she chose — her closest friends, relatives and relations. From 1980 to 2005, Clay continuously worked on this project, which was originally titled The Mississippians. As Clay began to see the work develop as a whole, the collection seemed to be more of a personal history than a documentation of any “specific” Mississippians, so she changed the name to reflect the true nature of the work.

This collection is authentic and candid; Clay captures scenes from the lives of her family and friends as they experienced it during the twenty-five-year span of the work. Each photograph, no matter how still or “posed” the subject may seem, is truly in medias re: a Latin term meaning “in the middle of.” The subject(s) of these photographs seem so relaxed, so “in the moment,” it is almost as if Clay’s subjects do not even notice she is there — even those featured in the “posed” portraits. Clay genuinely has a gift for disappearing into her art — to the point that her subjects are so at-ease, the viewer feels as if he or she is peering unnoticed into the most natural, unobserved reality one could imagine — considering that the very nature of photography is the act of observing, even choreographing, the subject matter and its environment. 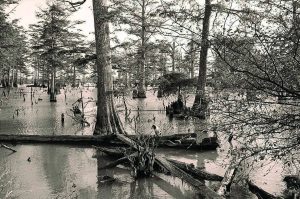 Also of note is the publisher of this book, Gerhard Steidl, who is well known in literary circles as the most prestigious bookmaker in the world.

Steidl’s method of bookmaking dates back to the earliest days of the printing press—he uses the finest inks, handmade paper of the highest quality, and he is particularly interested in producing the finest quality books of photography in the world. He also prints a limited number of books per edition, creating a rarity of the book to immediately be ascribed to it. A Steidl book is a piece of art in itself, and Steidl is extremely selective in the process of choosing which books to publish. It is quite an honor to be chosen by Steidl — an honor Mrs. Clay will receive yet again in the not-too-distant future. Steidl will be publishing Clay’s most recent collection of Delta landscape photography scheduled for release in 2019 — the twentieth anniversary of the release of Delta Land.