Matt Luke will always be a Rebel 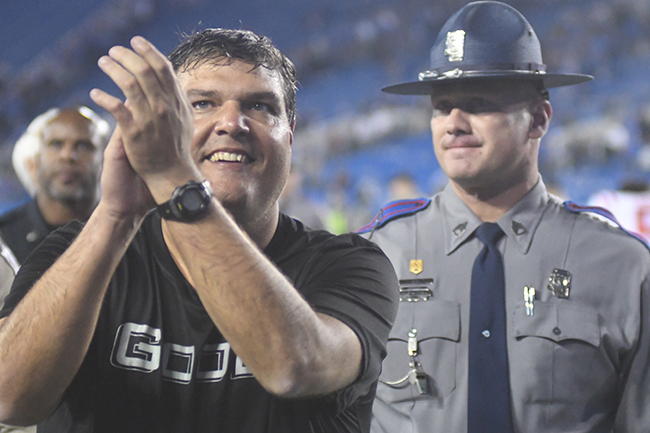 Just before the season began he inherited a Rebel team facing a bowl ban with thin depth on defense and the cloud of a still-unfinished NCAA probe overhead. Despite all that, Ole Miss could win six games this year by beating Mississippi State on Thanksgiving, an accomplishment that would eclipse what Hugh Freeze achieved last season with a more talented team that was not under a bowl ban.

We’re also pleased that Ole Miss didn’t quit after a stunning home loss to Arkansas weeks ago. That’s a testament to Luke’s leadership.

Matt Luke, a former Ole Miss player and longtime assistant coach, is a Rebel and he will always be a Rebel. Ole Miss is in his family’s blood.

That’s why Ole Miss Vice Chancellor for Athletics Ross Bjork could go a different direction when hiring the next Rebel football coach. It wouldn’t mean that Luke is not qualified to be the Ole Miss coach.

He could very well land the job one day. But it may serve him well to get more experience somewhere before coming back home to lead the Rebels one day. And, it may serve Ole Miss well to start fresh with a new staff that hasn’t suffered under this NCAA cloud for several years.

Time will tell who Ole Miss hires. Either way, Matt Luke has done a good job. He’s a Rebel and will always be a Rebel.

Complete2Compete raising the bar for Mississippi