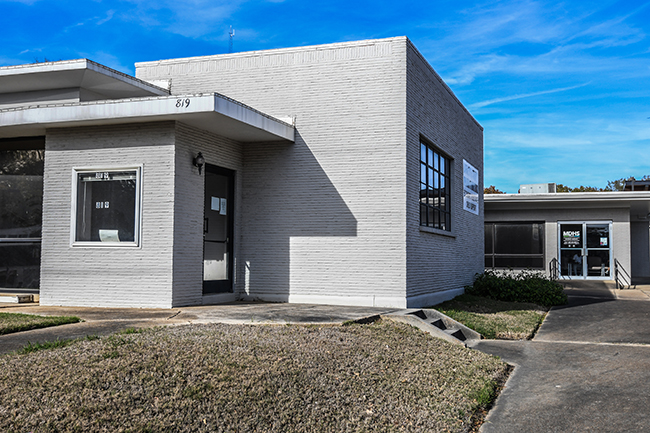 Howorth & Associates Architects has been approved to make conceptual drawings for the renovation of the DHS building, in Oxford Miss. on Monday, November 20, 2017, as well as the Justice Court building. The buildings will be used as office space and training classrooms after the new county complex is completed on County Road 406.

After the Department of Human Services and the Justice Court move into the new Lafayette County Business Center and Multipurpose Facility, the existing buildings will need a makeover.

On Monday, the Lafayette County Board of Supervisors approved allowing architects with Howorth & Associates to come up with a conceptual plan to re-purpose the two buildings.

The DHS building will most likely become additional office space for the Lafayette County Sheriff’s Department, which is currently located inside the Detention Center. The Justice Court building will likely become training classrooms for the sheriff’s department.

Howorth & Associates designed the detention center in 1993 that was constructed in 1994.

Architect Tom Howorth presented the proposal on Monday to the supervisors, who agreed to allow his firm to create the conceptual plans. The DHS building is located on the corner of East Jackson Avenue and 9th Street, just east of the Lafayette County Detention Center. The Justice Court is located behind the Detention Center on the east side of the building.

No funds have yet been budgeted for the renovations.

The new Lafayette County Business Center and Multipurpose Facility is being built on about 50 of the 160 acres owned by Lafayette County on County Road 406. The need for the center came when the Mississippi Department of Transportation announced the widening of Highway 7 and that several county offices along the highway would need a new home, including an office for the Mississippi Highway Patrol. Other county offices such as Department of Human Services, the Coroner’s Office and Justice Court, need more room and updated facilities. Also in the complex will be the Oxford Municipal Court, which is currently held in City Hall but has outgrown its space.

Behind the center will be county’s first outdoor-indoor 48,000-square foot arena that will have a dirt-floored arena with concrete around the outside for seating and concessions.