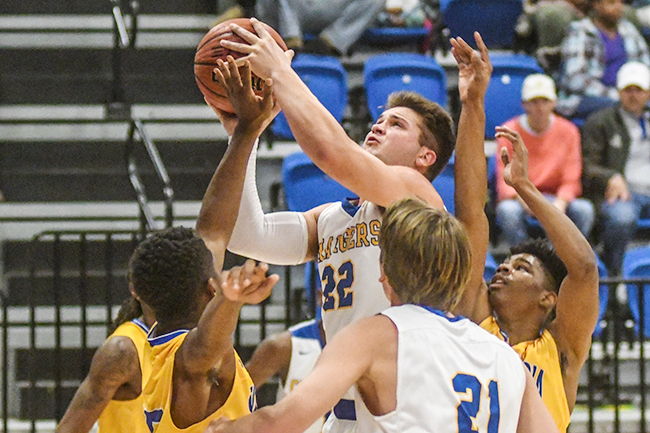 Drew Tyler wanted to empty the bench on Tuesday night to reward all his players with playing time.

He did just that, starting out with mixed results but in the end it worked out for all involved.

Oxford remained undefeated, having little trouble with Senatobia in a 83-63 win to close out the first day of the Lady Charger Challenge at the Oxford High gym.

10 players scored and nearly every member of the roster found their way onto the court.

With a 23-15 lead late in the first quarter, Tyler did a mass substitution equivalent to a line change in hockey and subbed out all five starters.

The subs played out the rest of the first quarter and nearly all of the second, giving his starters a lengthy breather on the bench.

“Going into the game (we) definitely thought we could get up double-digits and we wanted to send troops in five at a time,” Tyler said. “We did that. Kind of got a group in early that didn’t have the guard play we needed and (Senatobia) made a run at us.”

The Warriors (3-2) managed to cut the deficit down to four midway through the second quarter but the Oxford bench was able to maintain the lead.

Junior Landon Norris came off the bench and gave the Chargers six points in the second quarter to help give Oxford a 37-31 lead at halftime. He finished with eight points.

“Landon was in because he spreads the defense because of his ability to shoot the basketball,” Tyler said. “What I was pleased with by Landon tonight was he was moving his feet.”

The second half was all Oxford, starting with a 23-8 third quarter to swell their lead to 21 points.

The bench once again came through for Oxford. Senior Jaquon Webb scored 12 points off the bench, scoring eight of them to begin the fourth quarter.

“One of the themes of this team is pass your way to a win and it’s showing,” Tyler said. “We’re scoring from different spots, different people. I think overall it’s a good win to go into Thanksgiving break.”

Oxford gets a week off before getting another early test.