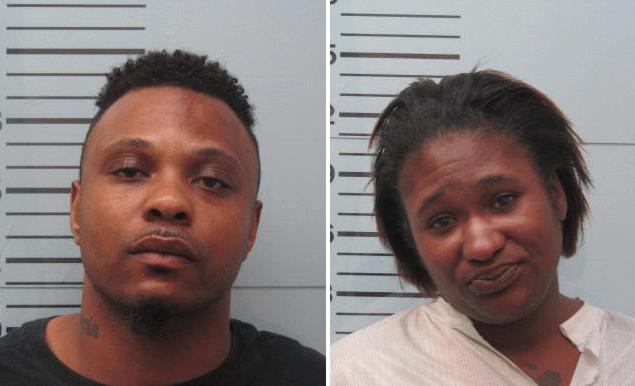 An Oxford man and woman were arrested Monday for allegedly robbing a local tobacco store.

According to the Oxford Police Department, officers responded to the Oxford Discount Tobacco on North Lamar Boulevard Monday for a report of a robbery. After viewing surveillance cameras from the store, officers identified Crystal Townsend, 28, and Cedric Williams, 33, both of Oxford as the suspected robbers.

OPD officers, along with deputies from the Lafayette County Sheriff’s Department responded to Brittany Woods apartments after receiving information that the two suspects were at the apartments.