Parking garage to be 50 cents an hour; more than 200 spaces left free 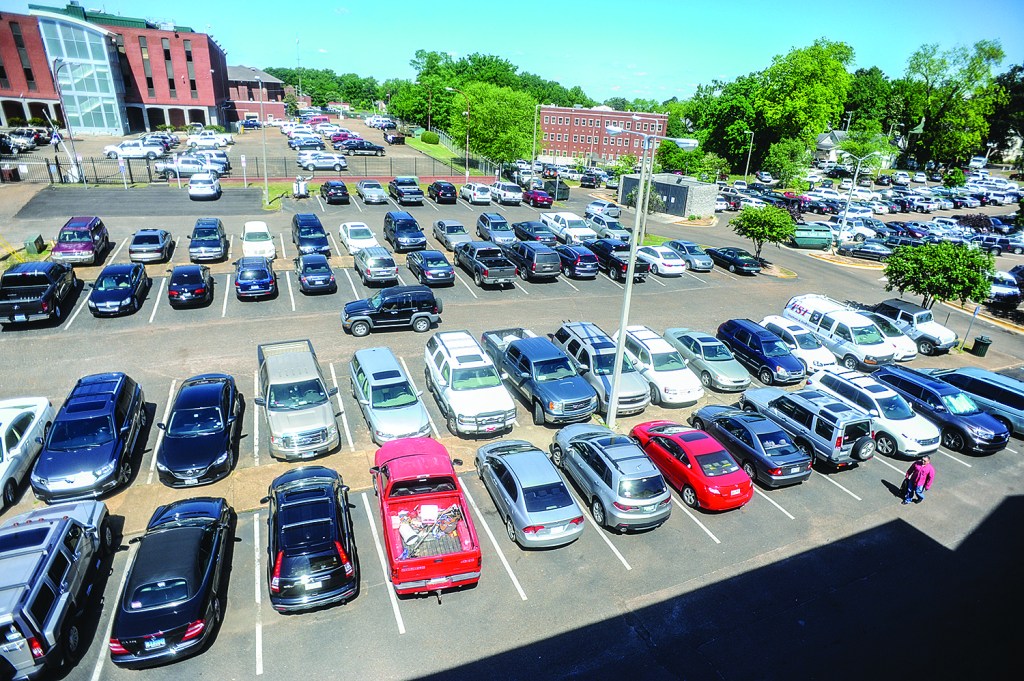 The price to park in the future garage to be built on the parking lot behind Oxford University Club will be 50 cents. (Photo/Bruce Newman)

Once the proposed downtown parking garage is built, people will pay 50 cents an hour to park in the new garage.

However, the 92 parking spaces located outside of the garage in the same lot will remain free, along with the parking lot near the Oxford Park Commission office, under the Oxford water tower.

On Tuesday, the Oxford Board of Aldermen considered three revenue models presented by Tom Sharpe, chairman of the Downtown Parking Advisory Commission, which put together the three models last month to be voted on by the aldermen.

The first plan offered 262 free parking spaces — the parking lot under the water tower, 14 spots near the Lafayette County Chancery Building, 14 spots around the Lafayette County Courthouse and the lot behind City Hall. The charge to park in the parking garage would be 50 cents an hour and the charge to park in all other parking lots is 75 cents an hour. Those lots include the lot east of Simply Southern and the one behind City Grocery. Projected garage revenue at the 50 cents an hour is $151,000 annually with a total projected revenue of $982,000 annually that includes all parking meter revenue. The price to park in the currently metered parking spaces is $1.25 around the Square.

Alternate 1 had the same pricing as the first scenario; however, the free parking would be at the water tower lot and the 92 parking spaces that would be located around the parking garage, which will be located off Jefferson Avenue, behind the Oxford-University Club.

Sharpe said having the free parking near the garage was for the convenience of people looking for a place to park.

“If the free parking spaces are full, then they don’t have to drive around the Square to get to the next least expensive option,” he said Tuesday at the Oxford Board of Aldermen’s regular meeting.

Alternate II only offered the 131 free parking spaces at the water tower lot, but reduced the charge of the parking garage to 25 cents an hour, resulting in a projected $168,000 in garage revenue and a total of $999,000 revenue annually.

Mayor Robyn Tannehill said the board said they were committed to having at least 250 free parking spaces if possible.

“I think if we don’t offer a decent amount of free parking we’ll hear about it from a lot of people,” he said.

The board voted unanimously to approve the Alternate I revenue model.

The board also approved hiring attorneys to file a notice of intent to issue a $10 million nontaxable revenue bond and a $1 taxable bond to be paid off over a 25-year term.

Construction on the parking garage is expected to begin in January.