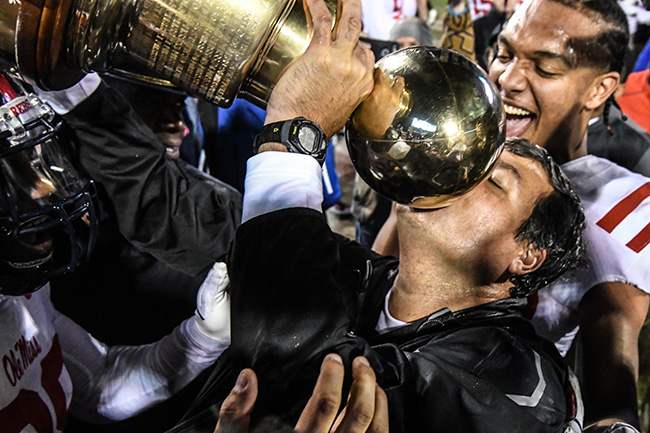 STARKVILLE — Ole Miss stuck around a while at Davis Wade Stadium following this year’s Egg Bowl.

That’s because the Rebels celebrated a 31-28 upset win at Mississippi State to end their season, reclaiming the Golden Egg after a blowout loss to their in-state rival last season. Interim coach Matt Luke and his players carried the Egg Bowl trophy around the field and celebrated with a large portion of the Ole Miss contingent of fans in attendance.

Watch the celebration in the video below.