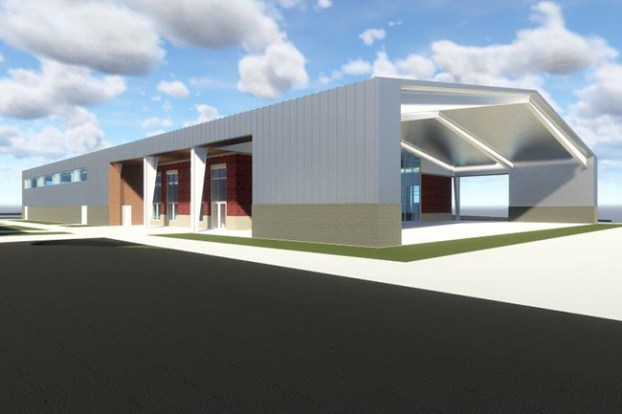 With construction bids approved, Oxford’s new Activity Center is a step closer to becoming a reality.

The Oxford Board of Aldermen approved 10 bids last week for the new center, for everything from concrete to site work to masonry work and drywall.

Rather than hiring a general contractor, the city contracted with Casey Rogers with Innovative Construction Management to serve as the project manager so they city took bids on each aspect of construction separately.

Robinson said the city did not receive bids for the elevator and only received one bid for flooring but that it came in past the deadline, so both will have to go back out for bids.

The biggest cost in construction is for site work and structural concrete. The bid was awarded to Shaw Services, LLC for $2.9 million.

The activity center will consist of four basketball courts, a walking track and a large enclosed area for gymnastics.

When the Oxford Park Commission first started putting plans in motion to build a new activity center next to the current facility, the estimated cost was about $8.5 million.

The city planned to provide $7.5 million and Lafayette County Board of Supervisors pledged $1 million toward the project.

A few months later, an environmental study revealed there was more trash than expected under the site for the new structure than anticipated, which added another $2 million to the cost of construction.

In September, aldermen voted to issue an intent resolution for a $4 million bond to help cover the additional costs. The city has two years to move forward with the bond.

However, Public Works Director Bart Robinson said he doesn’t expect to have to use the entire $4 million.

“OPD is putting in $250,000 toward equipment and furniture and we may have about $1.4 million left over from the (Oxford Loop and Sisk extension) road projects,” he said Tuesday.

Construction is expected to start in January.

A few hours after the first patients were moved into the Baptist Memorial Hospital-North Mississippi in Oxford, a very special delivery arrived. At... read more