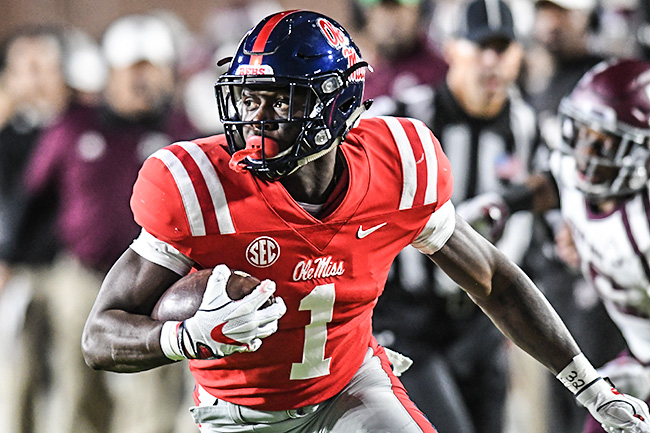 A.J. Brown has been the Southeastern Conference’s best receiver all season. Now the Ole Miss standout has the distinction of Mississippi’s best, too.

Brown on Tuesday won the C Spire Conerly Trophy, which is awarded annually to the state’s most outstanding college football player. He’s the second straight Ole Miss player to win the trophy after former tight end and first-round draft pick Evan Engram claimed it in 2016.

The award was voted on by a select panel of sports media as well as fans. Other finalists for the trophy were Alcorn State running back De’Lance Turner, Mississippi State quarterback Nick Fitzgerald and Southern Miss running back Ito Smith.