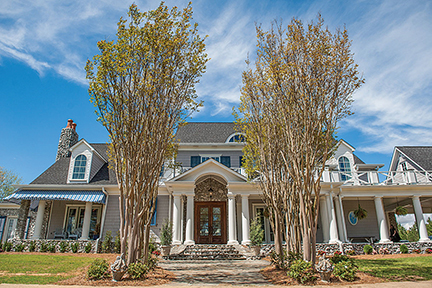 The Lafayette County Planning Commission denied a request Monday from Stonewater Adolescent Addiction Recovery Center to expand its inpatient adolescent treatment center from 10 beds to 170 beds after nearby residents said the sheriff’s department has been called to the facility six times in its first nine months of operation.

Stonewater CEO Bryan Fikes wants to add 10, four bedroom dorms that have two bunk beds in each room that would allow 160 more clients to be housed in the treatment center located in the Clear Creek Community. They also want to build a new cafeteria, a horse stable sportsfields, and two buildings to be used for outpatient services.

The substance abuse residential treatment center serves boys 12 to 17 years old. Both boys and girls are seen through the outpatient program.

However, neighbors claim the Lafayette County Sheriff’s Department has been called six times since the center opened nine months ago after juveniles from the facility walked out of the facility, which is a volunteer treatment center.

“We are not a prison,” Fikes said. “We don’t have lock-down doors.”

Fikes added that no one was injured and no one’s property was damaged during any of the incidents where the client walked away from the facility.

“This went from being a small operation in a nice home to quite the complex,” said Commissioner Johnny Sowell.

Commissioner Ray Garrett said when Stonewater came before the commission over a year ago, they presented a plan for a small facility with 10 beds.

“When asked what your future plans were, you said there were none at the time,” he said.

Stonewater was first approved to renovate a home for a 10-bed residential program. Before it was open, they returned for approval to turn a barn into an outpatient office and were granted approval again.

The planning commission and Lafayette County Board of Supervisors approved the center because, at the time, it met county regulations since there is no zoning in the county and that they believed the work of the facility to be of a good cause.

Supervisor Chad McLarty was one of them. He told the planning commission Monday that he voted in favor of the original 10-bed facility, despite his own reservations because he felt the type of service Fikes is offering is needed.

“However, they have failed, in my opinion, to manage this facility,” McLarty said. “From a public safety point of view, I can’t support this.”

Fikes said that while he appreciates the concerns of the residents, a lot of good has been coming out of Stonewater and that those things tend to get overshadowed when people focus on the bad.

“There have been five incidents where they left in 240 days of treatment,” he said. “That’s 2 percent of the time. And in most cases, they simply walked down the driveway or went across the street and came back. We have increased our training for our staff so they can better handle these situations. We’ve brought additional staff in. We’re hearing the concerns, but what we’re doing is a good thing. We’re changing lives and we’re having a positive impact on Oxford as a whole.”

Clear Creek MB Church Pastor Charles Lipe said recently three boys from Stonewater were behind the church and is concerned that one day, someone is going to get hurt.

“No one in my church would hurt anyone, but if one of these boys came up to their house at 1 in the morning, they’d do what they needed to protect their family,” he said. “Some of these kids are still under the influence and not functioning correctly. They’re scared. But it could become a very dangerous situation. When they first came in, we wanted to help the young men and protect our community. But bringing in this many more, we can’t protect our community. They need to secure the perimeter.”

Garrett made the motion to deny the preliminary and final plat for Stonewater’s expansion, which was approved unanimously.